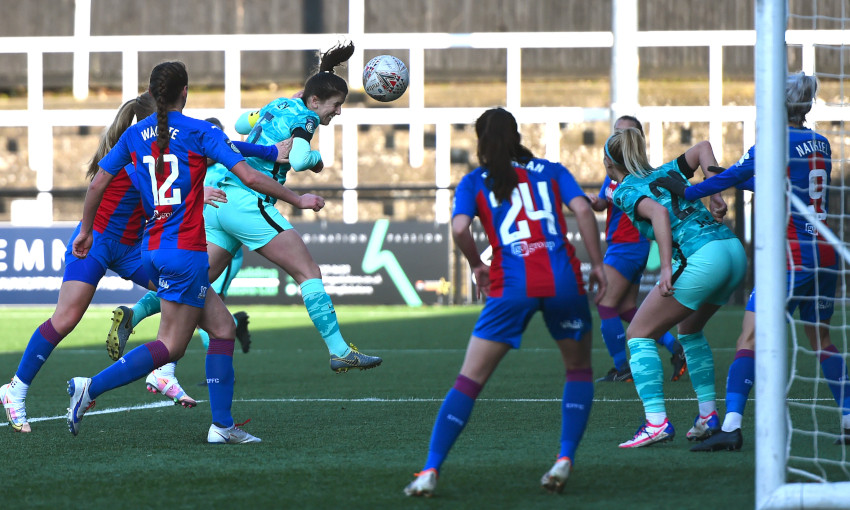 Niamh Fahey was delighted to provide a crucial goal for Liverpool FC Women as they beat Crystal Palace 1-0 on Sunday.

The FA Women's Championship clash was settled by a header from the Reds captain midway through the second half.

Substitute Missy Bo Kearns sent in a trademark delivery from a corner and Fahey was on hand to guide in what proved to be the winner.

The result made it back-to-back victories for interim manager Amber Whiteley and successive clean sheets, too.

"It was a tough game, it could have gone either way really but we played some good stuff away from home so we are happy. We grinded it out.

"It was nice to get the goal. Bo Kearns put it on an absolute plate for me and I just got a glancing header on it. I was happy to get on the end of it and score the goal.

"We were also delighted to get the clean sheet again, which is important."

Fahey also praised the strength of character of LFC Women as they overcame a Palace side full of confidence after recent good form.

"You can see by their recent results they have obviously come on a lot since we last played them," she added.

"They have been unlucky in a few games so we weren't surprised and they are right up there in terms of one of the toughest games we've had this season, but we did well and got the three points."