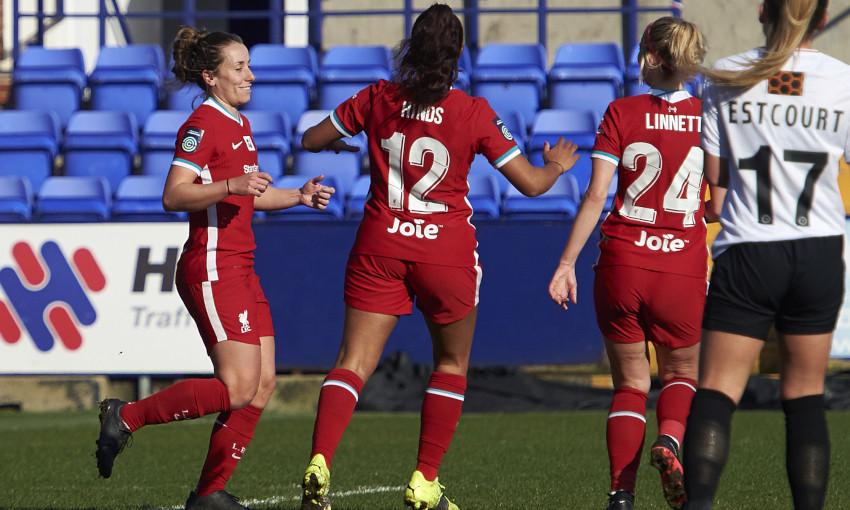 Becky Jane punctuated the Reds’ attacking beginning to the clash at Prenton Park with a back-post finish that was the difference between the sides in the first half.

The visitors went close on several occasions in the second period, hitting the woodwork too, but late efforts from Ceri Holland and substitute Amy Rodgers gave the hosts victory.

Liverpool started with intent, moving the ball forward at every opportunity and Jane – deployed in an advanced position on the right flank – was at the heart of their early progress.

The game was only three minutes old when she tucked a pass in behind for Kirsty Linnett to run through. The forward had options as she bore down on goal and chose to square into the box, where the Bees cut the ball out.

Next time around, in the ninth minute, the Reds made sure.

On this occasion they fashioned the chance via the left wing, Linnett slipping a pass into the run of Ashley Hodson, who drove to the touchline and delivered into the middle for Jane to force in a low strike. 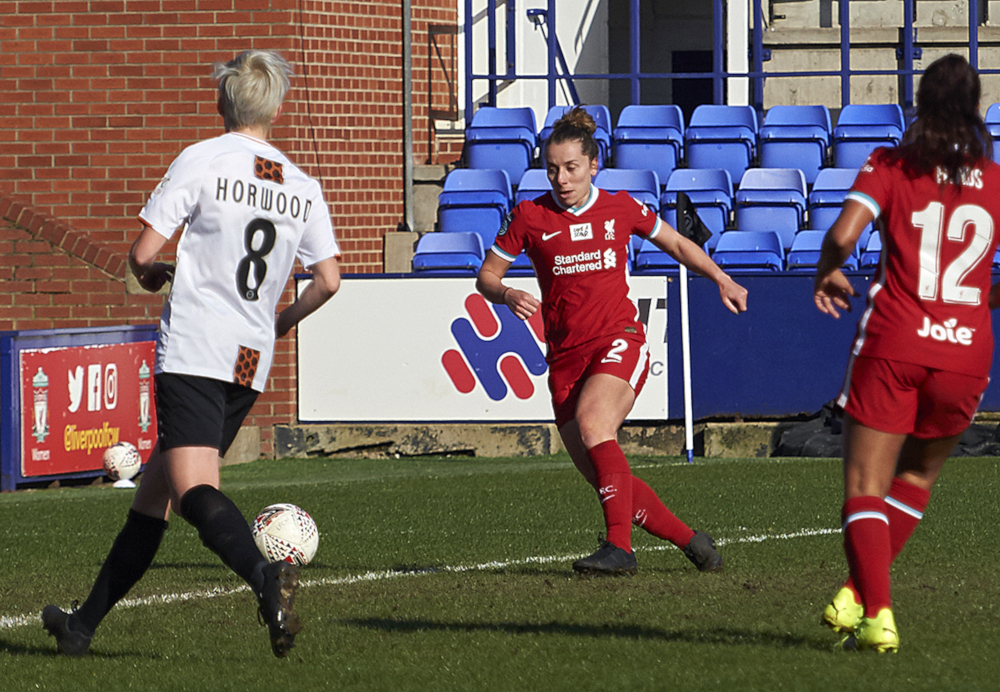 The visitors went close to hitting back immediately, though Sophie Quirk’s low effort from 20 yards out was dragged wide of the left post.

Liverpool nevertheless remained in the ascendancy and a clever spin by Linnett at the edge of the area allowed her to feed a pass into the run of Rhiannon Roberts. But the latter’s shot was too close to the goalkeeper.

Meikayla Moore glanced a header wide from the resulting corner and the sides headed into the half-time break with the score still 1-0.

It was a different story when play restarted for the second half as the Bees created a series of chances to restore parity.

First, a ball ran for Lauren Pickett inside the box and Rachael Laws had to leap from her line to vitally block her finish at close range.

Two minutes later a corner kick from the left found Amelia Hazard at the back post and her header down towards goal was stopped by Laws.

LFC Women interim manager Amber Whiteley made a triple change a little after the hour mark, introducing Rachel Furness, Melissa Lawley and Rodgers to aid the search for a second goal.

It was the away side who again threatened next, though.

A neat passing move saw the ball eventually spread out to Quirk high on the left flank and her cross-shot looped down onto the crossbar before bouncing away.

Furness sent a stooping header off target from a corner as the Reds responded – and they then secured the points with two goals in the space of six minutes. 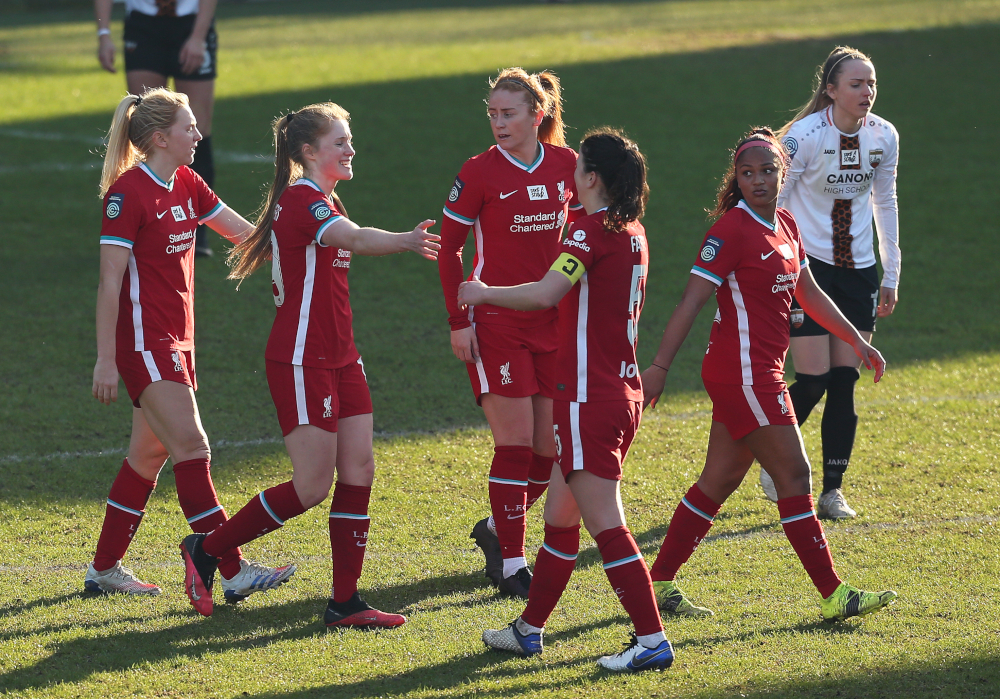 On 74, Liverpool built out from the back and Furness’ flick-on in the middle of the park unlocked space for Holland to exchange passes with Lawley, step forward and cushion a strike beyond Quantrill.

Rodgers swiftly added her name to the scoresheet, too, accurately sweeping home from the edge of the box to confirm an encouraging result for Whiteley’s charges.