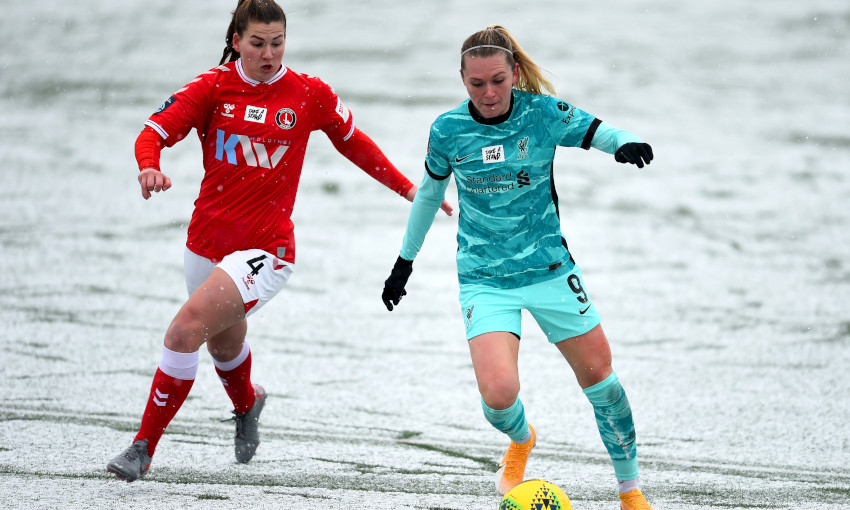 Liverpool FC Women were held to a dramatic 2-2 draw with Charlton Athletic on Sunday afternoon.

The Reds fell behind in the first half of the FA Women’s Championship clash as Shauna Vassell netted one of several opportunities for the home side.

But Liverpool had the better of the second period and twice struck the woodwork before Rachel Furness found the target to level.

Debutant Ceri Holland completed the visitors’ turnaround two minutes from time, only for Charley Clifford to rescue Charlton a point from the penalty spot.

Amid increasingly snowy conditions at Hayes Lane that eventually blanketed the turf, both sides fashioned half-chances, though it was the home team who edged in front on 19 minutes.

Jess King collected a forward pass and created space to tee up Vassell, who made no mistake with a finish past Rachael Laws from close range.

Buoyed by their breakthrough, Charlton continued to mount pressure and King attempted to guide an effort over Laws, with the Reds goalkeeper off her line, but could not get the required height on the shot.

Liverpool came closest to an equaliser eight minutes before the interval.

Missy Bo Kearns’ drive from 20 yards hit the crossbar and Amalie Thestrup’s attempt to follow up on the rebound was thwarted by Charlton, who therefore carried their advantage into half-time.

Interim manager Amber Whiteley made a change upon the restart, with new signing Holland sent on for her Reds debut in place of Jess Clarke.

And Liverpool gained a greater control of proceedings, with Holland, Amy Rodgers and Taylor Hinds all launching shots on the Charlton goal.

Hinds then hit the post as the match entered its final quarter with the hosts still ahead – but the Reds soon found their leveller through Furness.

With 76 on the clock, substitute Ashley Hodson delivered an inviting cross and Furness added the perfect finish to bring her side back on terms.

And Whiteley’s charges looked to have sealed a comeback when Holland marked her first appearance for the club by converting another Hodson assist. 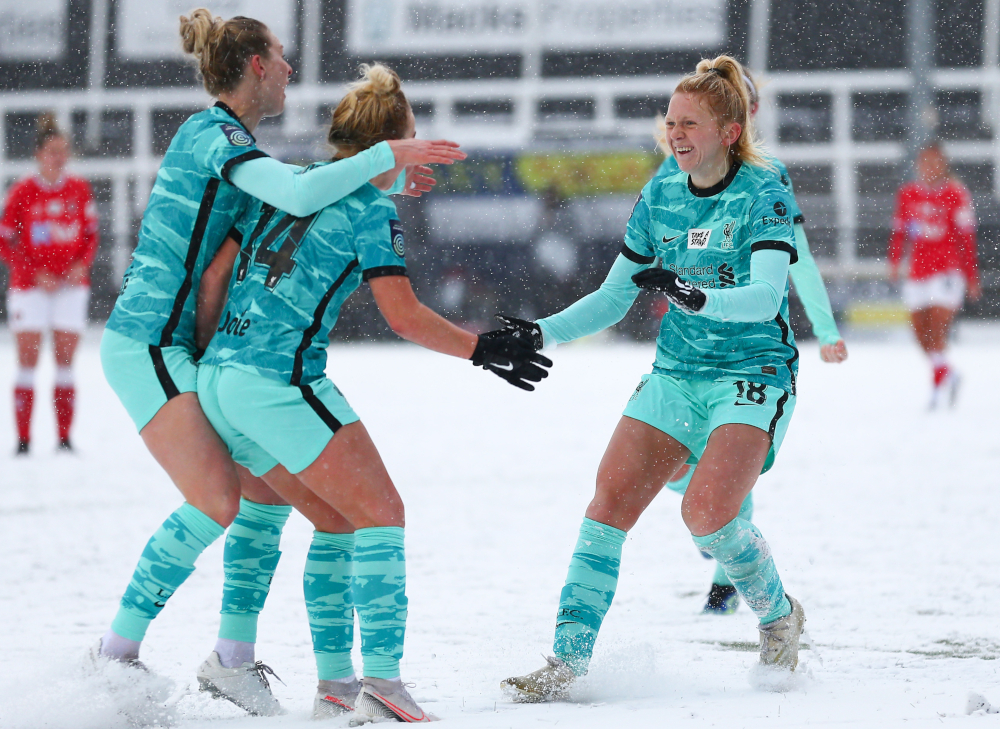 Their joy was frustratingly short-lived, however.

Charlton won a last-minute penalty that was dispatched by Clifford, on from the bench, to make it 2-2 and leave both teams with a point to show for their exertions in the snow.