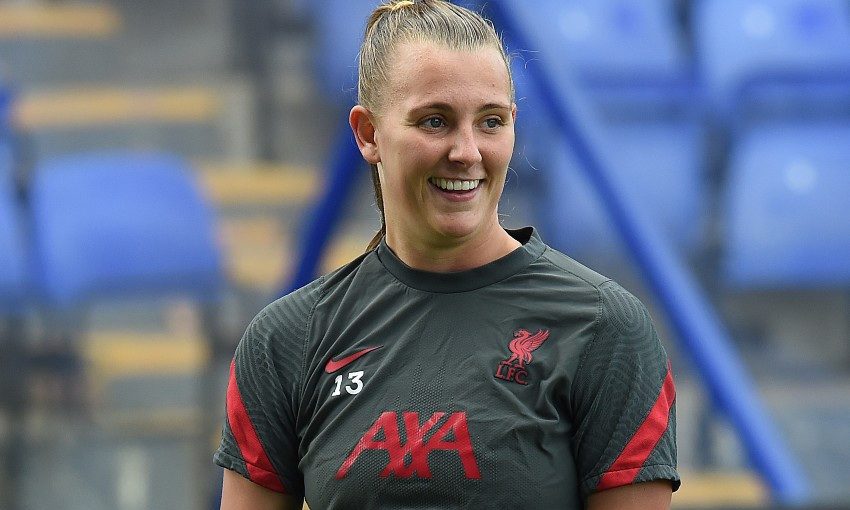 'Managing LFC Women is a challenge - but I'm loving every minute'

Liverpool FC Women goalkeeper Rylee Foster has set off on a trip to the USA, where she is hoping to realise one of her lifetime ambitions.

The 22-year-old will join up with the Canada national squad in Orlando for a two-week training camp ahead of the prestigious SheBelieves Cup.

The tournament will feature Canada alongside reigning world champions USA and Brazil and Argentina as the squads prepare for the Olympics in Tokyo this summer.

It is Foster’s first call-up to the senior Canada squad having played in two World Cups at U20 level. A phone call put her on alert before she received an official letter via email to break the good news.

Foster told Liverpoolfc.com: “When I got the phone call it was an absolutely surreal moment. It felt like I’d been working towards it my whole life.

“The Tokyo Olympics has been a real focus for me and obviously coronavirus meant Tokyo 2020 couldn’t happen, but now there’s another opportunity to work towards that goal this year.

“Every opportunity I get to represent my country is a real honour.”

Foster has shared time between the posts for Liverpool with Rachael Laws this season. Laws has played in league matches, while Foster impressed in high-profile games in the Continental Cup against Manchester United, Manchester City and Everton.

She said: “While I haven’t played as much as I’d like, I just tried to control the things I could control, which was to work hard and be ready when called upon.

“I think what my call-up showed is that whatever you’re doing, everyone is watching and you’re being spoken about. I’ve taken that into training so that when they came calling they got positive reports and it shows the staff have done a good job in keeping people informed about me.”

On her hopes of gaining her first full cap, Foster continued: “I think we’ll take three ’keepers into the tournament and then have one training ’keeper. So I want to earn one of those shirts. I want to learn a lot, be challenged and hopefully make a statement.

“We’re playing some of the top teams in the world and I’m excited to see the different technical abilities and maybe see where my own game needs to improve.”

Foster’s international travel is fully authorised by the FA as she is switching from one secure elite sports bubble to another. The SheBelieves Cup runs from February 18 to 25.