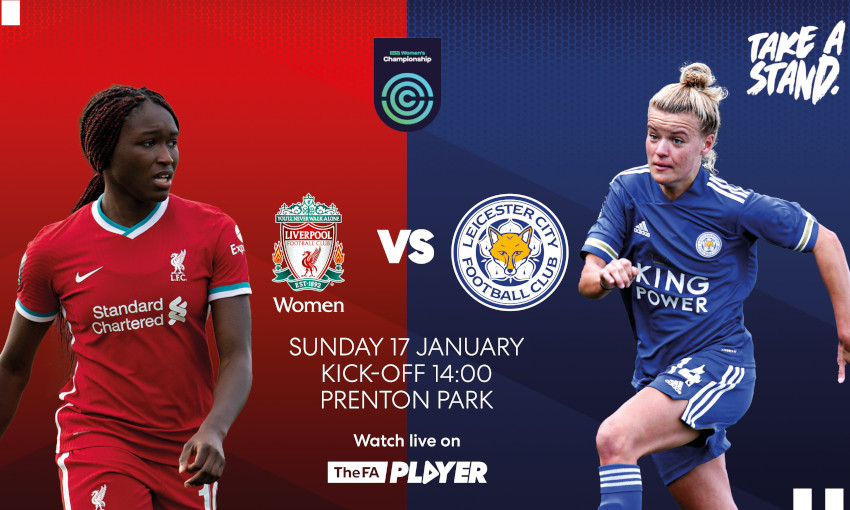 Liverpool FC Women's league clash with Leicester City will be broadcast live and for free on The FA Player on Sunday afternoon.

The Reds resume their FA Women’s Championship campaign with a 2pm GMT kick-off, with the current leaders their opposition.

LFC Women, who also have a game in hand, will be aiming to reduce the gap to Leicester to five points with victory at Prenton Park.

And supporters can watch the action as it happens with live coverage via The FA Player. Click here and register to access the broadcast.