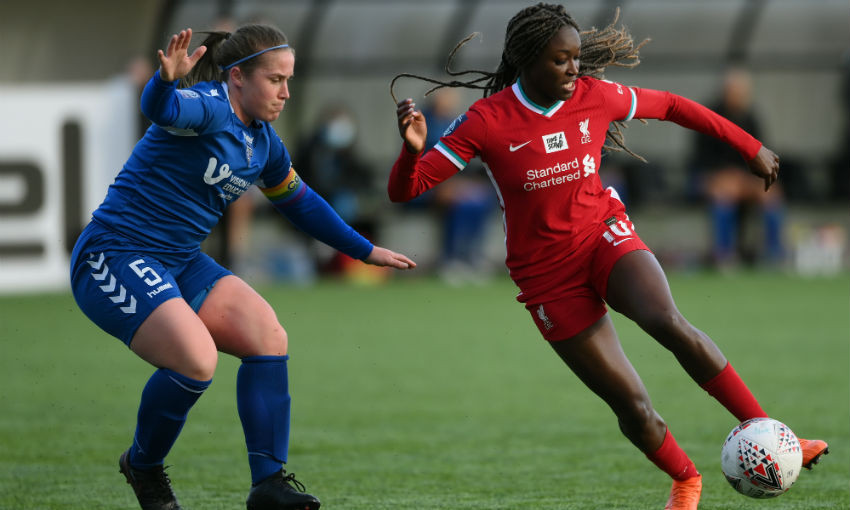 Liverpool FC Women were beaten 2-0 at Durham Women on Sunday in a battle of second and third in the FA Women's Championship.

Molly Sharpe opened the scoring in the contest in the final minute of the first half before Emily Roberts' individual goal clinched the three points for the hosts.

The result means Vicky Jepson's side end 2020 with a defeat and will remain behind Durham in the league standings.

Liverpool, without the injured Rachel Furness, handed a first league start to Missy Bo Kearns and were largely on top throughout the first half.

But they headed down the tunnel at half-time a goal behind when they were caught on the break, with Sharpe finishing off the Durham move with a well-taken finish.

The Reds were denied an equaliser on the hour mark by a fine save from the goalkeeper when Melissa Lawley's effort was turned behind for a corner.

From the resulting set-piece, Rhiannon Roberts' header was saved on the line as Durham then cleared the following goalmouth scramble.

Having survived those let-offs, Durham doubled their lead in the 70th minute to confirm the win when Emily Roberts dribbled beyond a number of Liverpool players and applied a cool finish inside the penalty area.