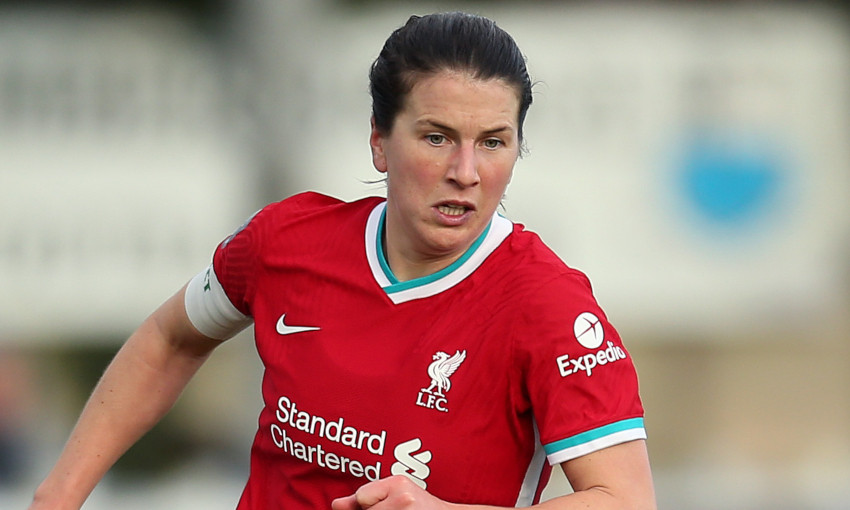 A big couple of weeks are ahead for several Liverpool FC Women players for both club and country as the latest international break comes into view.

First, Vicky Jepson’s side will face a Merseyside derby as they travel across the city to Walton Hall Park to take on Everton in the Continental Cup on Wednesday night.

The final group game for the Reds is a 7pm GMT kick-off and will be shown live on LFCTV, GO, YouTube and the club’s social media channels.

A number of players will then switch their attention to international football as qualification games for the 2022 European Championships reach a vital stage.

LFC Women captain Niamh Fahey is set to be part of the Republic of Ireland team hoping to qualify for their first major championships, but they face a stiff task in their path when they meet an already-qualified Germany team in Dublin on Tuesday December 1.

Opportunity also knocks for Northern Ireland and Reds vice-captain Rachel Furness as they take on Belarus in Belfast on Friday November 27 and Faroe Islands on December 1.

Two home wins would secure a treasured play-off spot for Kenny Shiels’ team after Furness scored a memorable winner in their away victory in Belarus last month.

One player hoping for a slip-up from the Northern Irish will be Reds midfielder Rhiannon Roberts, with her Welsh side still in contention for that play-off spot themselves and facing their own clash with Belarus on December 1 at Newport.

England have already qualified for the tournament as hosts and LFC Women winger Rinsola Babajide has once again been called into the squad for a 10-day training camp at St. George’s Park starting on Sunday.