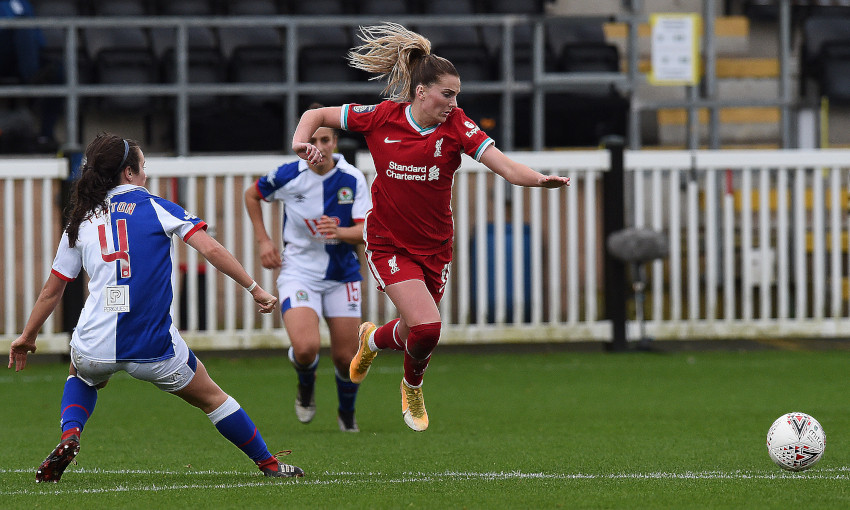 Liverpool FC Women were held to a goalless draw by Blackburn Rovers Ladies in their FA Women's Championship clash on Sunday afternoon.

Vicky Jepson’s Reds created a host of scoring opportunities over the course of the 90 minutes but found Rovers goalkeeper Alex Brooks in unbeatable mood.

The latter repeatedly denied the visitors – including two one-on-one saves from Rinsola Babajide – and it ended with a point apiece at the Sir Tom Finney Stadium.

Liverpool made a confident start and could have gone in front with just one minute on the clock.

When a corner was cleared, Taylor Hinds’ hooked return cross landed for Ashley Hodson in the area. Her hit was blocked into the path of Amalie Thestrup, whose drive on the turn was thwarted by the outstretched leg of Brooks.

A crunching tackle in the midfield by Rachel Furness was the genesis of their next chance, with Babajide freed to sprint along the left and cross dangerously but neither Melissa Lawley or Hodson could connect at the back post. 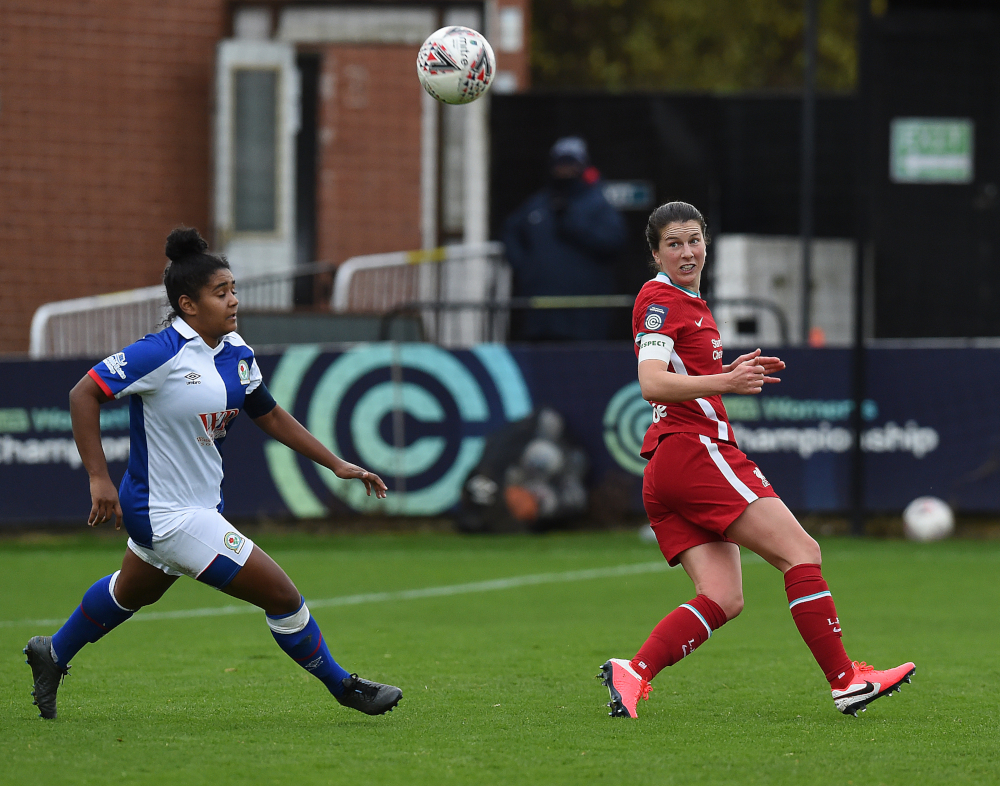 Furness saw a low effort from the edge of the box saved by Brooks, who reacted quickly to smother the ball at the second attempt as Thestrup closed in.

Despite the Reds’ consistent pressure, though, they needed a huge intervention from their goalkeeper on 25 minutes to prevent a Blackburn opener.

Elise Hughes threaded a pass into Rovers captain Saffron Jordan 20 yards from goal and she spun free into a one-on-one shooting position – only for Rachael Laws to show strong hands and claw away Jordan’s blasted finish.

Babajide was marginally too high with a punt from range after linking up with Thestrup on the half-hour, before the best sight of goal in the opening 45 minutes.

Hodson’s looping cross from the left drifted against the opposite post and came to the feet of Thestrup in the middle but her first-time attempt flew over the crossbar.

Jepson shuffled her options at the outset of the second half as Meikayla Moore replaced Thestrup and fortune favoured them 10 minutes after the restart.

A long kick out from the goalkeeper ran through to Jordan and she moved forward and tucked a finish past Laws – yet the referee had blown for a handball by Niamh Fahey along the way.

Moments later, Hodson broke away along the right flank and carried the ball at pace before squaring to Babajide. The forward controlled and set herself yards out but Brooks rushed from goal to block. 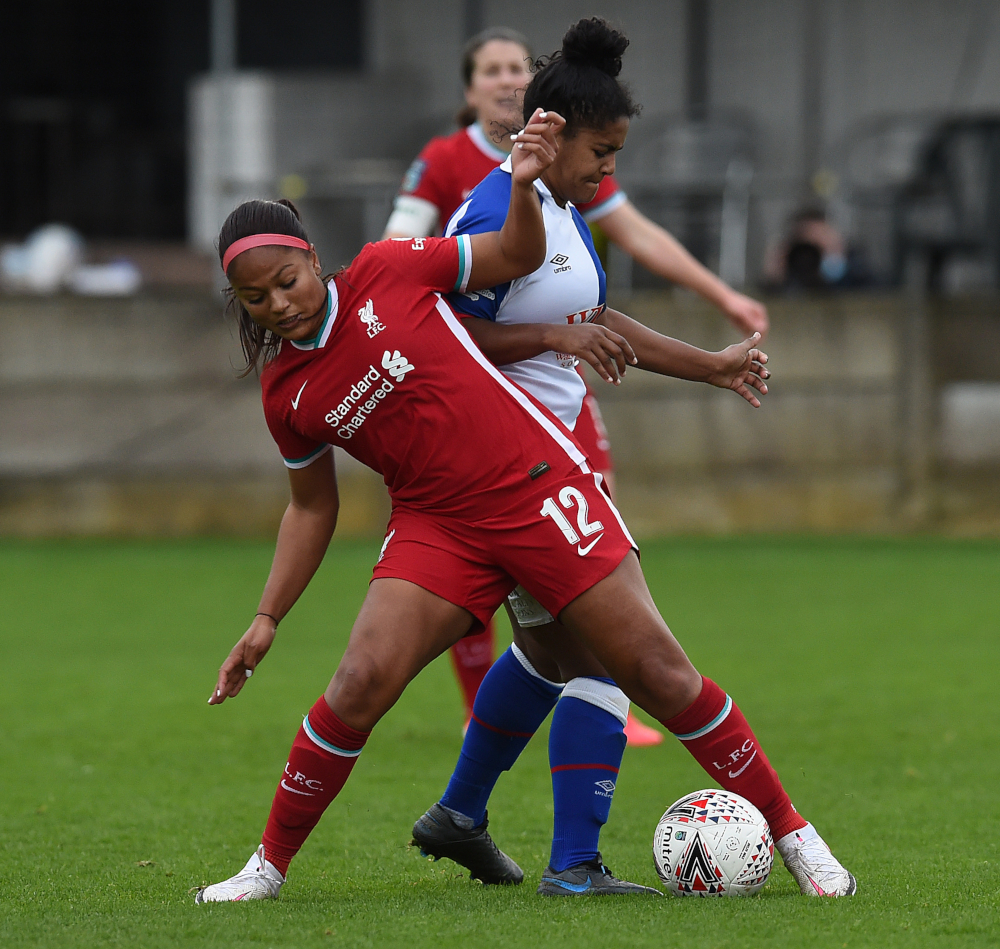 The Liverpool No.10 next saw a low drive saved and then, on 76 minutes, was thwarted in remarkable fashion when clean through against Brooks once more.

It was an opportunity all of Babajide’s making as her speed took her past a series of Rovers defenders and into the box. Somehow, however, Brooks got her body in the way of the eventual shot at the closest range.

The Reds kept pushing for a precious three points in the race for promotion and forged another golden chance in the very last minute.

Lawley was teed up with room to exploit in the left channel and her accurate cross found substitute Jess Clarke unmarked in the centre, but she fired off target on the stretch, confirming a stalemate.