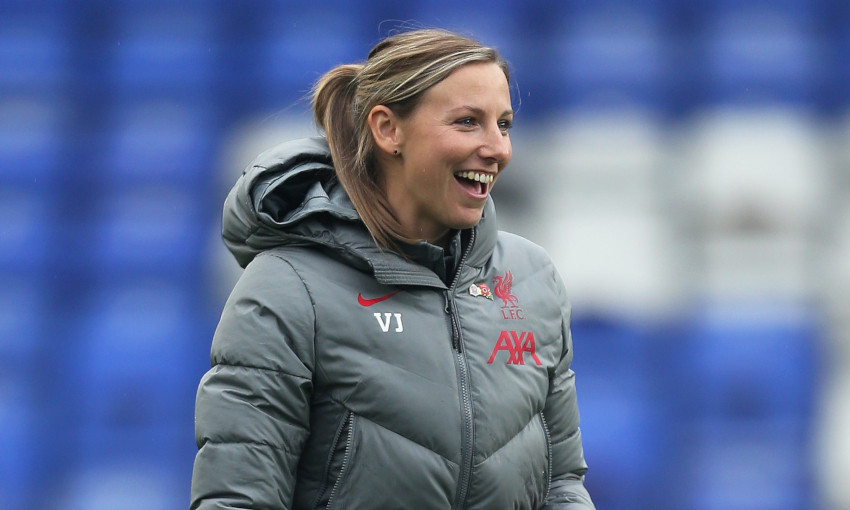 In her latest column, Liverpool FC Women manager Vicky Jepson reflects on the vital win over Sheffield United and looks forward to Sunday's trip to Blackburn Rovers, which is part of the FA Women's football weekend.

We were absolutely delighted to get back to winning ways in the FA Women’s Championship last Sunday and it was a hard-fought win by the girls against Sheffield United. Everybody, the subs, our supporters cheering us from afar as we know they are there with us, the starting XI, it was a real together performance. I want to give praise to my staff for turning around the three games in seven days, which is by no means an easy task, so everyone played a massive part to help get the players ready to perform at that intensity.

What a goal to win it as well from Rinsola Babajide! Receiving a throw-in and then turning like she did, the technical brilliance in that was outstanding, and then what a clinical finish. It was just a moment of individual brilliance from Rinsola. When you have that quality she has and that technical ability with close control, she can do that and it really was a remarkable finish, one that all the girls were incredibly proud of her. Rins continued her high standards for the rest of the game for us in and out of possession and I’m really proud of her.

Melissa Lawley was at her most menacing best for us and caused Sheffield United lots of problems. Mel was literally gliding around the pitch and she has been excellent for us on a consistent basis. She has intensity to drive us forward and the game intelligence to slow the game down. She had a fantastic game for us, like many of our players did. 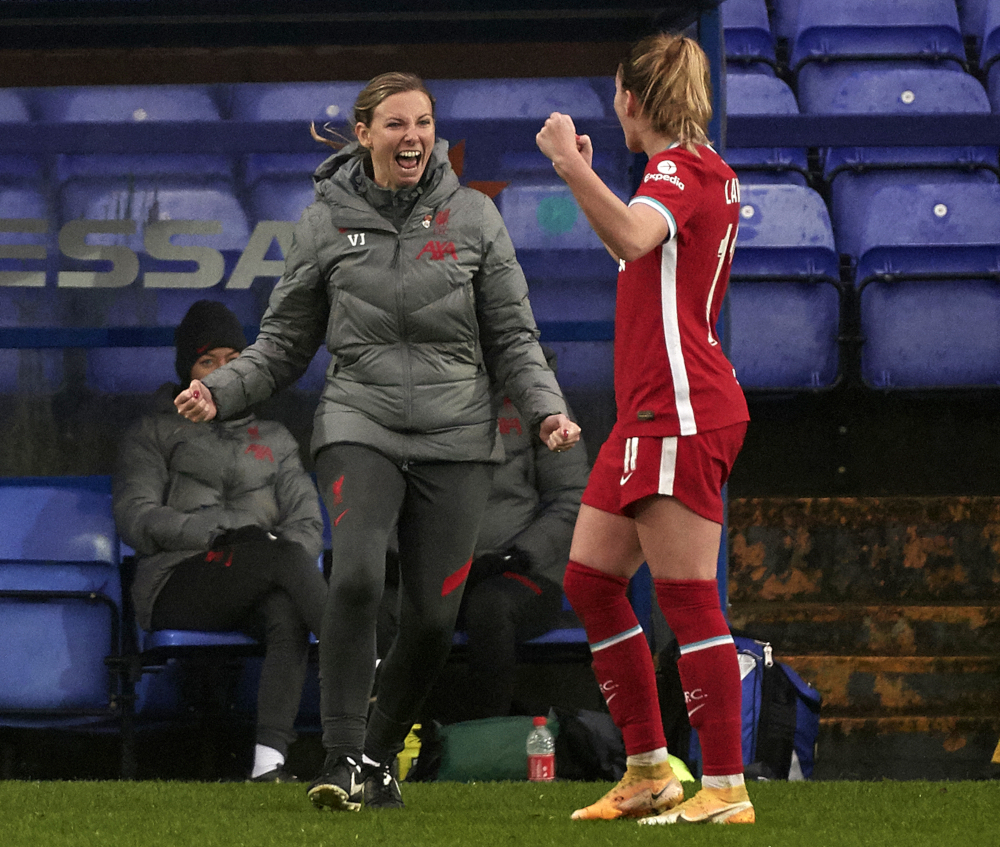 I mentioned our goalkeeper Rachael Laws after the game about her contribution. Although she didn’t have a lot to do, she made a couple of vital saves, and her distribution from the box for us is just fantastic. Credit to our team because when I looked at the match stats, they had three shots all game. That tells me we nullified and stopped them from scoring. When you are a goalkeeper you can’t switch off in a game and you could see that from Lawsy. Her leadership skills for this team are brilliant, how she encourages the team and spurs them on. She is very similar to Rachel Furness in the way she communicates with her teammates on the pitch, it’s so vital for us.

It was a big three points for us. We have to concentrate on ourselves and drown out any noise outside of our camp and not worry about what other teams are doing. We head to Blackburn Rovers on Sunday and they have had a good run of results so we know it’s going to be another tough challenge. Our team morale is high and the girls are in good spirits but what we won’t do is go into this game thinking it’s going to be an easier challenge than Sheffield United, because it won’t be. Blackburn Rovers are just as tough a test and we can’t afford to take our feet off the gas. Our performance against Sheffield United has to be our benchmark. Yes, it was scrappy at times, but we proved we could ride the storm and make sure those scrappy moments didn’t end up being a shot on goal for the opposition. There’s still things we need to work on and get better at, which we have highlighted to the girls in our post-match review.

We had some good moments in cup games against Blackburn Rovers last season and I remember Rinsola scoring four against them in the Women’s FA Cup, but this is the league and a new season. This is a different challenge and so far in the league we have done OK, I would say, but there is still lots of room for improvement. Each game we’ve got to be better than our last one. That is what I have told to the players and that has to be our standards.

We as a football club are this weekend proudly supporting Women’s Football Weekend. It’s an incredible weekend for the women’s game up and down the country. I know it’s really tough at the moment with lockdown and the girls games below the professional strand have come to a temporary halt, which is sad to see. There are more and more females playing the game that I love now and it’s brilliant. Hopefully across the WSL and the FA Women’s Championship the role models, players and staff can showcase that and it will be a good week to finish off. It’s just a real shame that we can’t have fans in stadiums or visits in schools to go and see the young girls who play the sport in our community. Hopefully, looking forwards the youth teams will be up and running again because it’s been a tough time for the girls who are not allowed to play at the moment. We have got some excellent youth players coming through in our development teams and I personally want to see them back wearing that Liverpool badge once again so we get the next Missy Bo Kearns to come through or a Niamh Charles. We’ve had that many come through our youth set-up, which is so important. The main goal, though, is everyone’s health and we’ve got to stop this COVID-19 spike and the testing in Liverpool will certainly help get us back on track.

Mia has a lot of competition in midfield with players far more experienced than her, but she has really come out of her shell physically. She doesn’t get pushed off the ball in training and is holding her own, which is great. Her speed of play has improved. She is ultra-professional and has even grown a voice now in training and is demanding the ball. It was great we could allow her that experience of crossing that white line in the senior game against City. That in itself can be quite nerve-wracking, but I thought her approach to the game when she came on was excellent and she applied herself really well. I was so pleased for her and I’m sure Mia’s mum and dad will be really proud of her. That’s the bigger picture because families put in so much, travelling up and down the country to support their daughters from a young age, and ultimately their goal is to see them play on the big platform. Mia did that for us and I know they are incredibly proud of her.

Kick-off against Blackburn on Sunday is 2pm GMT, with fans reminded that this is a behind-closed-doors game due to the continuing restrictions regarding COVID-19.