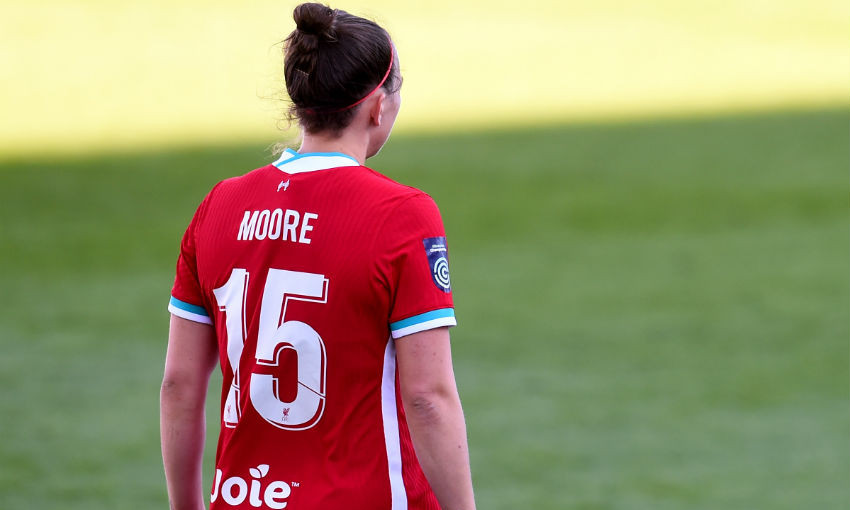 Making your first start for a new club is always a special moment - and for Liverpool FC Women's Meikayla Moore, it was a significant step forward.

A close-season addition to Vicky Jepson's squad, Moore began last Wednesday's Continental Cup defeat by Manchester City in midfield and was delighted to do so.

Jepson also introduced youngsters Missy Bo Kearns and Lucy Parry for the second half against the recent FA Cup winners, while there was a senior debut for another talented teenager in Mia Ross.

Moore told Liverpoolfc.com: "It's always an honour to make your first start and it was a tough game. You have to give credit to City for their performance but I thought there was certainly parts of our game that we can build on.

"It's important that we rotate the squad and it was brilliant to see Paz [Parry] come on and get her opportunity. She's such a young player but she did a brilliant job. She did well [and it was the] same with Missy Bo and Mia."

The Reds return to action this afternoon when they take on Sheffield United in the FA Women's Championship at Prenton Park with kick-off set for 2pm GMT.

After a 2-1 defeat at Leicester City and a 2-2 draw with Lewes in their last two league outings, Jepson's team are determined to get back to winning ways.

"We know that nothing else than three points is our option so we will plan as best we can," Moore continued.

"I'm loving it here at Liverpool. We have a great bunch of girls and great staff. This squad has so much potential and we know where we want to be. We also know that we also have to hold ourselves more accountable and put in performances that are worthy of winning this league.

"We know that we can do that so it's about turning that around now, starting on Sunday."