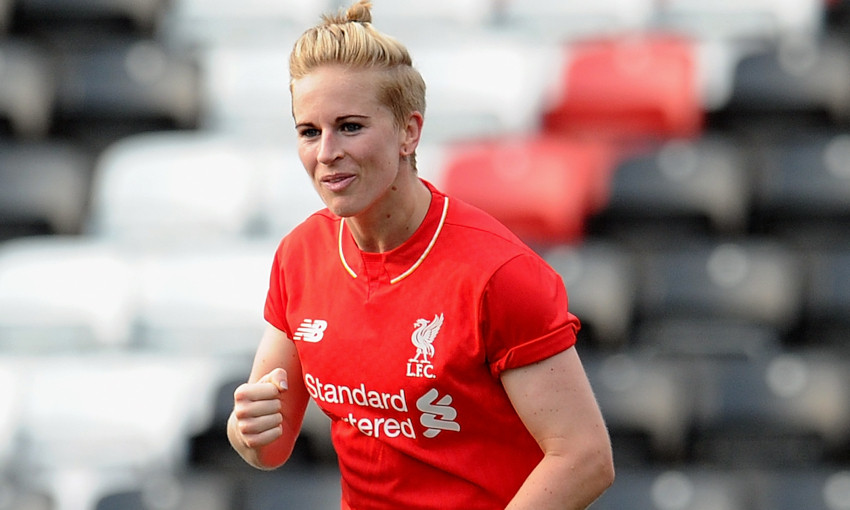 'I couldn't have asked for a better debut'

Mention the name Natasha Dowie and you instantly think of goals – lots of them.

Proudly wearing the No.9 shirt of her beloved Liverpool, the forward made a massive contribution to back-to-back Women’s Super League titles in 2013 and 2014 under the stewardship of manager Matt Beard.

After playing for the blue and red half of Merseyside, the 32-year-old has enjoyed quite a footballing journey since then.

Following her departure from Liverpool in 2015, Dowie has travelled the world enjoying spells in the USA with the Boston Breakers, Australia at Melbourne Victory, Sweden, Norway, and now at her new club in Italy with AC Milan Women.

Liverpoolfc.com recently caught up with ‘goal machine’ Dowie to reminisce on her time at Liverpool, a new challenge in Milan and why she firmly believes the current women’s team will soon be back where they belong under manager Vicky Jepson… 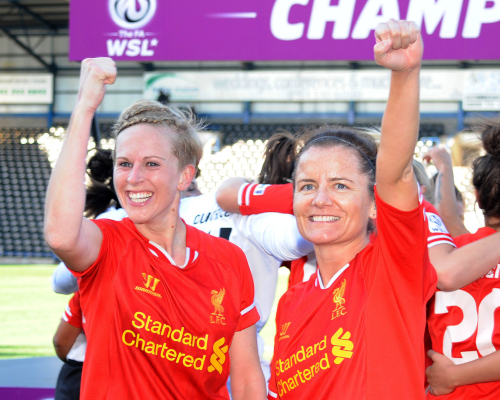 It’s been a crazy few months, bit of a whirlwind to start with signing for such a big club. I was just blown away with the facilities here and the setup at AC Milan. There were too many things that excited me about the club and you can’t really say no to AC Milan. Except for Liverpool, it’s probably the biggest club in the world, one of them. I have to say moving abroad has been the best experience of my life. I’ve improved tremendously as a football player because you just face so many different challenges, different cultures, different styles of play and a new language. And for me it’s been an incredible journey. I love that challenge of going somewhere and having to prove myself again and trying to get the Golden Boot and be the top goalscorer. I enjoyed a good year at Valerenga last year and finished top scorer. We finished second in the league and for the first time in the club’s history they made the Champions League. I’m here in Milan now and trying to make history again. The women’s team has never won anything, so for us this year it would be nice to make history with this amazing club.

On how she looks back at her time proudly leading the Liverpool attack….

The best times of my career especially at Liverpool winning the Women’s Super League title back-to-back. That first year at Liverpool was the best year I’ve ever had at a club. We went into every game just thinking we were never going to lose, even winning games in the last minute we just had that never-say-die attitude. Arsenal had dominated the women’s game for many years, so just to be successful in such a short amount of time was just really special. So I look back at my Liverpool years with real pride and happiness because supporting the club and my home is also in Liverpool. There’s so many highlights.

Even in the second year winning the title on the final game of the season and waiting for the final whistle to go in the other matches, it was really special. We knew we had to win 3-0 and the other teams had to lose. There was just too much against us on the day, but sport is a crazy thing and it’s just so great to see those celebrations again. I was praying to God and saying, 'Please let’s win this!' We just wanted it so bad. I’ve watched the footage back so many times now and I just want to cry because there was just so many emotions. Celebrating with all the players and how close we all were was just very special. Everyone loved each other, we would give everything for each other and I think it’s so rare to have that feeling with your teammates. And when I look back those two years at Liverpool, they will always be the best two years of my career. I still keep in touch with all of the players in that team and the manager Matt Beard. It’s beautiful.

It broke my heart to see the team get relegated but it’s a challenge and Vicky has obviously got a big task ahead of her. It was brilliant to see Vicky get the opportunity to become the manager and I have no doubt that she will get this team back to where they belong in the WSL. Vicky has got a very talented squad and they have had a good start to the season. I support Liverpool – the men and women’s side – and I still know a lot of the players. Whenever I come home to Liverpool, Vicky lets me go and train with the women’s team. She is very kind and she helps me to keep my fitness up, so I’m close with a lot of the players.

Jepson's side are in action away at Leicester City in a behind-closed-doors fixture on Sunday with kick-off set for 2pm BST. Fans can watch the game live on The FA Player.