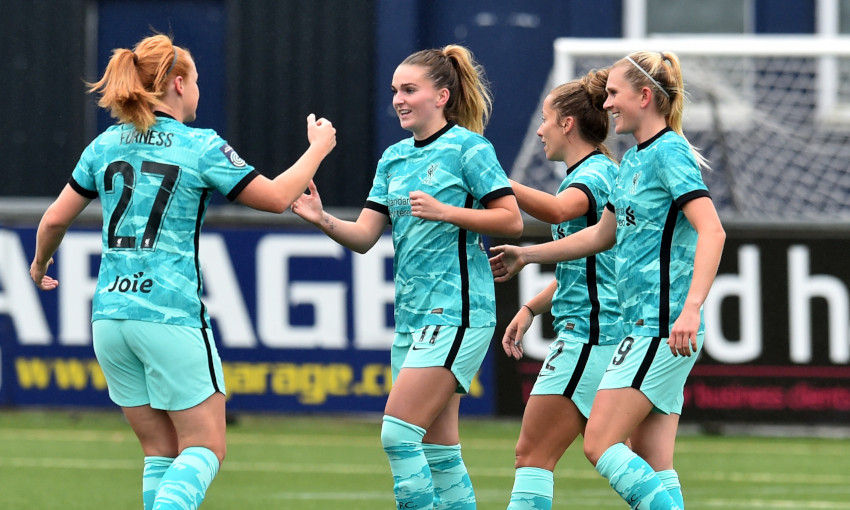 Liverpool FC Women moved to the top of the FA Women's Championship with a 2-1 win at Coventry United Ladies on Sunday.

Melissa Lawley and Amalie Thestrup got the goals for the Reds in the first half and a late response by Becky Anderson was not enough to deny them a third victory in four league games so far this term.

Vicky Jepson’s side therefore rose to first in the division on 10 points, two clear of Durham FC Women after their draw at Leicester City.

The Reds – for whom Leighanne Robe clocked up a 50th appearance on the day – made a bright start at Butts Park Arena and needed only 11 minutes to get themselves in front.

Lawley provided the early breakthrough with a calm finish having been picked out by Kirsty Linnett’s cross, her second goal of the 2020-21 campaign.

Watch: Highlights of the 2-1 win

Rachael Laws thwarted a potential equaliser at the other end soon after, firmly beating away an Amber Hughes volley from the edge of the Liverpool box.

Having created the first goal, Linnett twice thought she had netted a second for the Reds herself as the half-hour mark neared.

The No.24 saw a 27th-minute strike hit the Coventry crossbar and a 28th-minute conversion from Jade Bailey’s corner disallowed for offside.

But the visitors nevertheless doubled their advantage within moments. 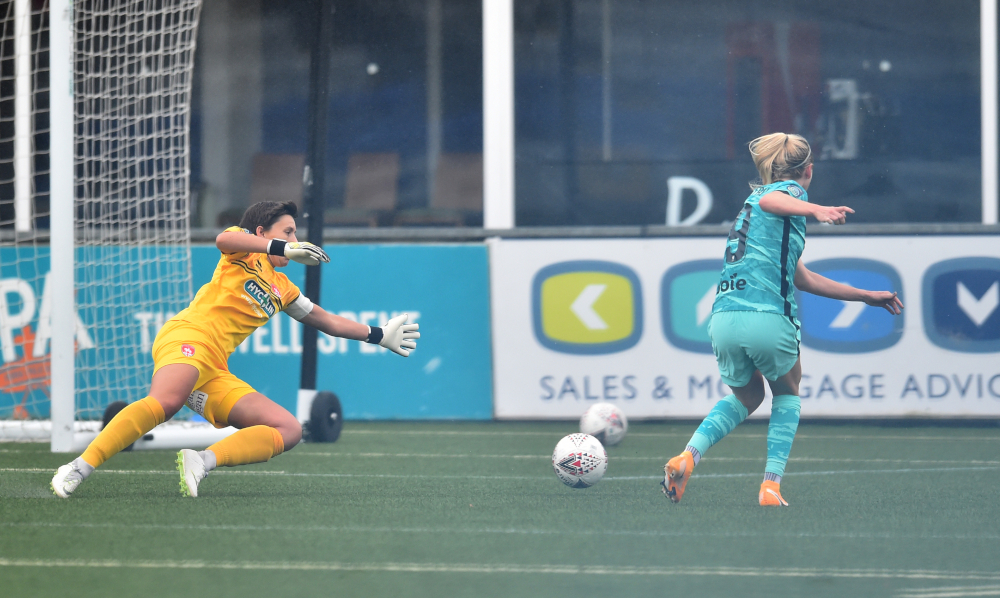 It was a landmark goal for Thestrup – her first since joining the club in the summer – as she seized upon a backpass and clinically guided a shot across the goalkeeper.

Jepson made a change in the aftermath of the goal and it represented a piece of history; Lucy Parry became LFC Women’s youngest ever player when she replaced Becky Jane.

Rinsola Babajide went close with an effort that was tipped around the post but the score remained 2-0 at the interval.

The Reds continued to make most of the running after the restart; Thestrup had her own finish ruled out for offside before half-time substitute Jess Clarke’s curler bounced off the post.

Instead it was Coventry who netted next, the hosts reducing their arrears through Anderson on 71 minutes and setting up an intriguing final portion of the encounter.

But Liverpool held their lead until the final whistle – Thestrup, Bailey and Lawley threatening a third, in fact – and now set the pace at the summit of the FA Women’s Championship.