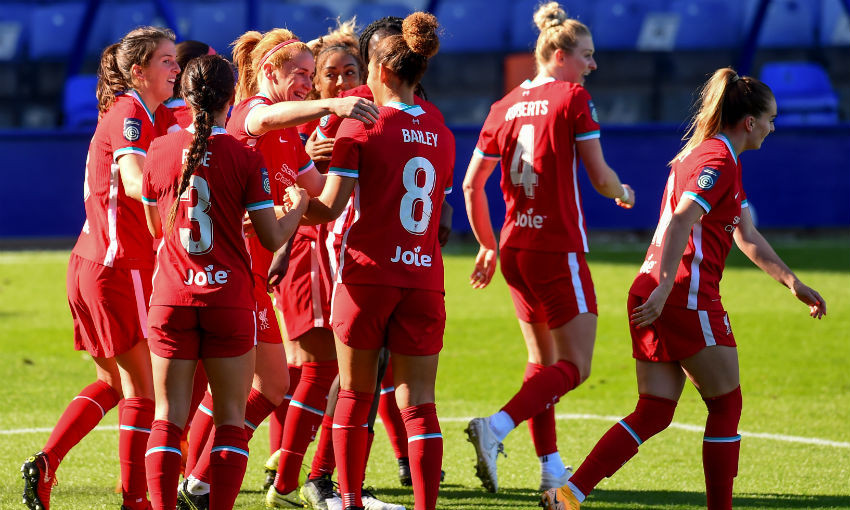 Jade Bailey and Kirsty Linnett were also on the mark in an impressive team display that saw the Reds make it seven points from their first three FA Women’s Championship outings of the season.

Vice-captain Furness now has four goals to her name already in 2020-21 and her third of the campaign arrived after just 12 minutes.

Vicky Jepson’s side had started strongly and both Jess Clarke and Leighanne Robe had shot over the crossbar before Furness’ opener, which involved the Northern Ireland international beating her marker in the air at the back post and heading home Bailey’s corner.

Liverpool continued dominating proceedings and Rhiannon Roberts - who was forced off due to a knock shortly before half-time - volleyed Melissa Lawley’s corner narrowly wide.

But the hosts did deservedly double their lead 11 minutes prior to the interval when Bailey fired in her first goal for the club following impressive work from Taylor Hinds and Furness.

Rinsola Babajide saw a left-footed strike tipped over the bar by Charlton goalkeeper Katie Startup as the buoyant Reds went hunting for more goals after the break.

Furness would make it three with a fine low drive from just outside the area late on, before Linnett rounded off a convincing win with a stoppage-time volley after debutant Meikayla Moore had kept the ball alive from a corner.