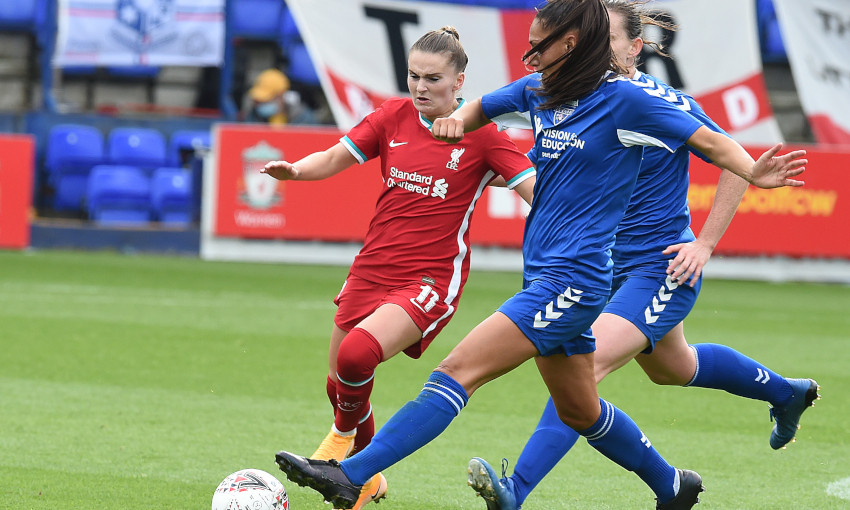 Liverpool FC Women began their FA Women's Championship season with a 1-1 draw against Durham on Sunday.

Rachel Furness gave Vicky Jepson’s side a half-time lead at Prenton Park with a smartly-taken finish in the 39th minute.

But Durham denied the Reds a winning start to the 2020-21 campaign as Beth Hepple beat Rachael Laws three minutes from time to force a share of the points.

Three of the Reds’ summer signings were in the XI; Taylor Hinds, Laws – for a second time – and Amalie Thestrup making their competitive debuts for the club.

There was also a 100th Liverpool appearance for Ashley Hodson. 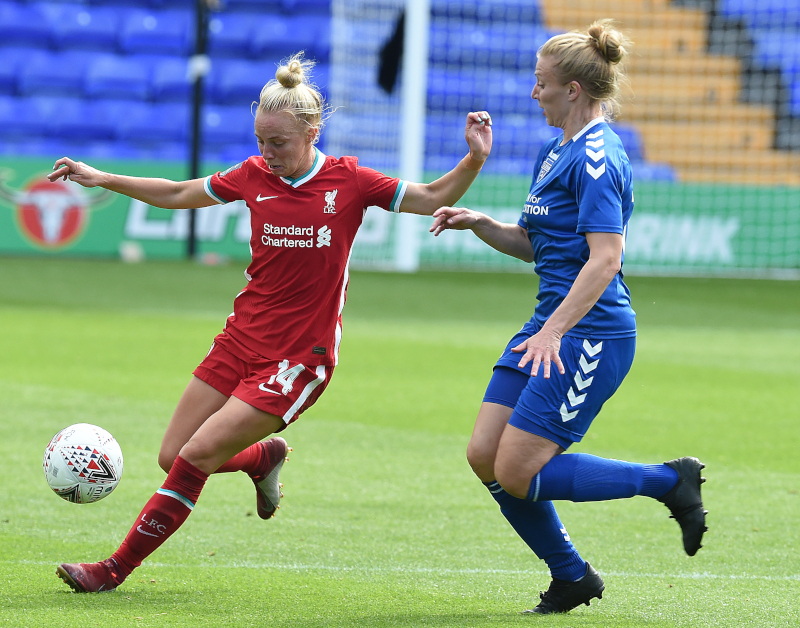 Chances were at a premium in the early stages, with back-to-back short corner moves presenting Rinsola Babajide openings to shoot, though both were off target.

Jepson’s team enjoyed plenty of possession but it was the visitors who threatened to break the deadlock twice midway through the half.

First, on 22 minutes, Nicki Gears’ deep cross from the right-hand side drifted towards goal and demanded the attention of Laws, who tipped the ball over the crossbar.

Then, a corner on the same flank found Becky Salicki with space and time in the area to guide a header at goal – but her effort was too high.

Instead, Liverpool opened the scoring – and their account for 2020-21 – six minutes before the interval.

Babajide’s lofted pass over the top reached Furness in the left channel of the Durham area and the Reds vice-captain showed composure and quality to clip a finish across the goalkeeper into the opposite corner of the net. 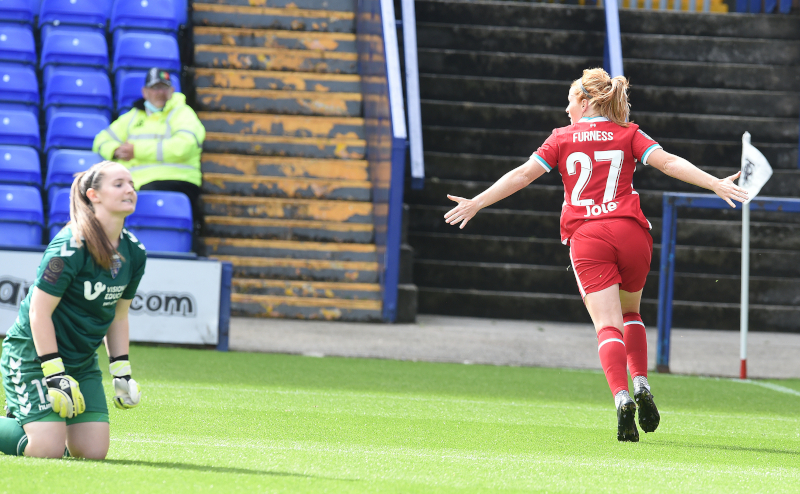 Into the second half, Hepple drew a save from Laws with a strike from the edge of the box, while Babajide sent a decent chance straight at the goalkeeper at the other end.

Jepson opted for a double change shortly before the hour mark, introducing Jade Bailey and Jess Clarke for Rhiannon Roberts and Thestrup respectively.

Molly Sharpe almost fashioned an equaliser for Durham with a neat turn in the area but Laws collected her shot, and Liverpool substitute Clarke was denied by a Kathryn Hill block in response.

The away side were forced to see out the closing stages with 10 players after an injury to Iris Achterhof and Furness hit the outside of the goalframe with a hit on the stretch from Hinds’ deep free-kick left to right.

But Durham produced a leveller with 87 on the clock; they turned over possession near the Liverpool box and Hepple ran in to dink a finish over Laws and make it 1-1 as time ticked away.

A succession of corners saw Liverpool mount stoppage-time pressure – and a looping header was cleared away from the goalline – but Jepson’s charges had to settle for a point on the opening day.