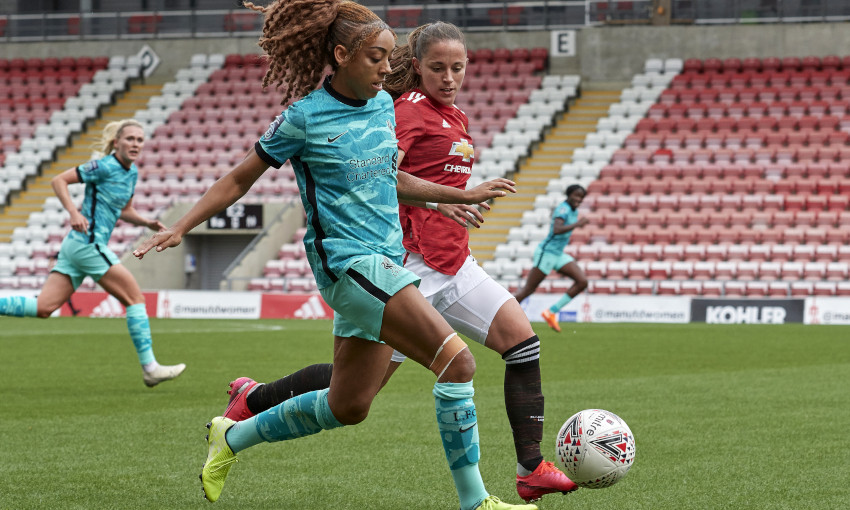 Vicky Jepson’s side has developed a familiar look with a front three of Rinsola Babajide and Jess Clarke flanking new signing Amalie Thestrup.

Rhiannon Roberts and Amy Rodgers again anchored midfield, with Taylor Hinds at left-back and Ashley Hodson on the right.

Goalkeeper Rachael Laws was out sharply to deny Jane Ross on 10 minutes, the header from the subsequent corner going over.

The Reds’ first effort on goal was a Babajide shot from distance on the quarter-hour mark, after Rodgers had won a good tackle in midfield.

Ross came close again for United when she diverted Leah Galton’s cross from the left against the underside of the bar, before Hinds curled a free-kick just wide at the other end after Clarke was fouled.

Laws gathered a low effort from Kirsty Hanson before the bar was rattled again, this time saving United, after Rodgers’ corner was met by a header from Roberts. 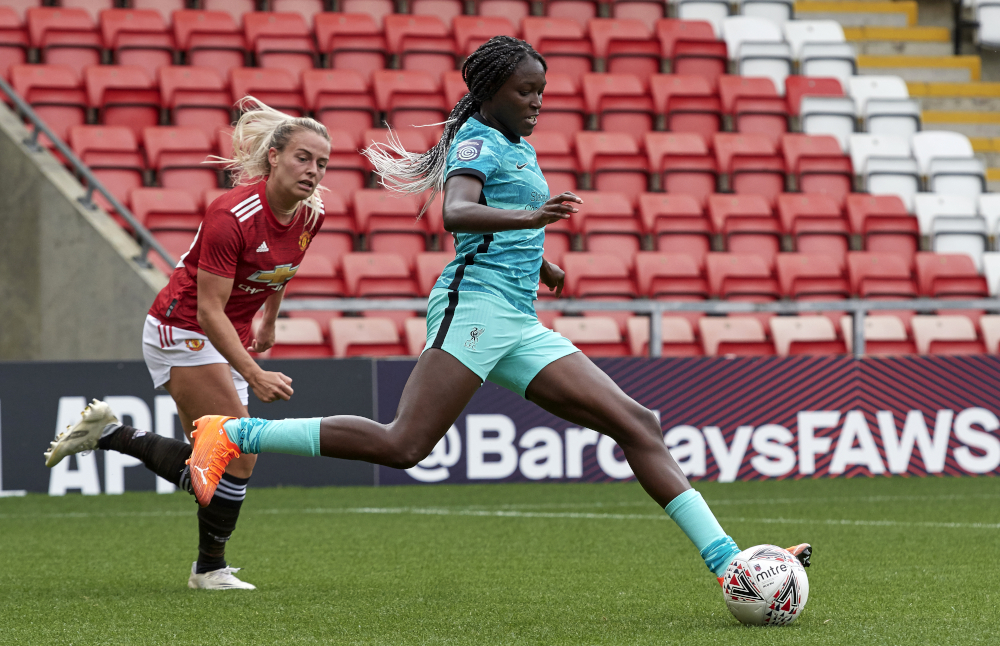 Babajide was her usual threat down the left and a pacey run saw her cross just cleared with Rachel Furness ready to finish.

Mel Lawley, Jade Bailey and ‘keeper Rylee Foster arrived from the bench at half-time, the latter in action straight away as Galton fired a low skimmer against the outside of the post.

A couple of great defensive headers from Furness kept the clean sheet intact while Lawley looked sharp at the other end, reaching the byline with dangerous crosses on a couple of occasions.

On 70 minutes, United substitute Jess Sigsworth escaped the defence but Foster got her angles right and the shot was dragged past the post.

Kirsty Linnett replaced Furness for the last 10 minutes for the Reds but neither side could find a winner and the game ended in a hard-fought goalless draw.

The result completed an unbeaten pre-season for LFC Women, who begin their FA Women’s Championship campaign against Durham next Sunday, with games continuing to be held behind closed doors for now.