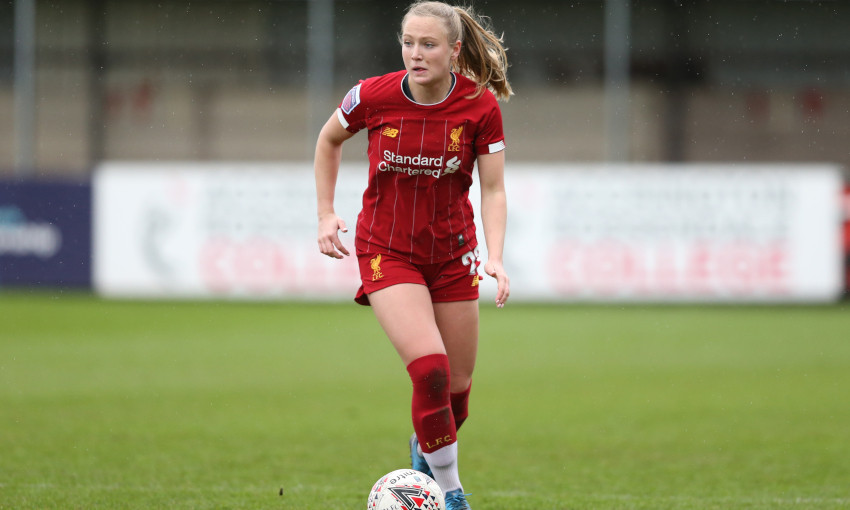 Jemma Purfield has left Liverpool FC Women after reaching the end of her contract.

The 23-year-old defender joined the Reds in January last year after returning from the American college system, where she represented both South Alabama Sun Belt and South Arizona State Sun Devils.

An attacking left full-back, she made an instant impression by scoring a spectacular goal on her debut.

LFC Women manager Vicky Jepson said: "We just want to wish Jemma well as she’s been a great young player in the squad for the last 18 months.

"I've really enjoyed working with her and we’ll all be watching her future progress with great interest.”

The player said it had been an honour to pull on the red shirt.

Purfield said: "I want to say a massive thank you to the players, staff and supporters for all they’ve done.

"It’s been an honour to play for a club as big as Liverpool. I wish everyone involved with the club nothing but the best for the future!”

Everyone at Liverpool FC would like to thank Jemma for her contributions and wish her every success in her future career.