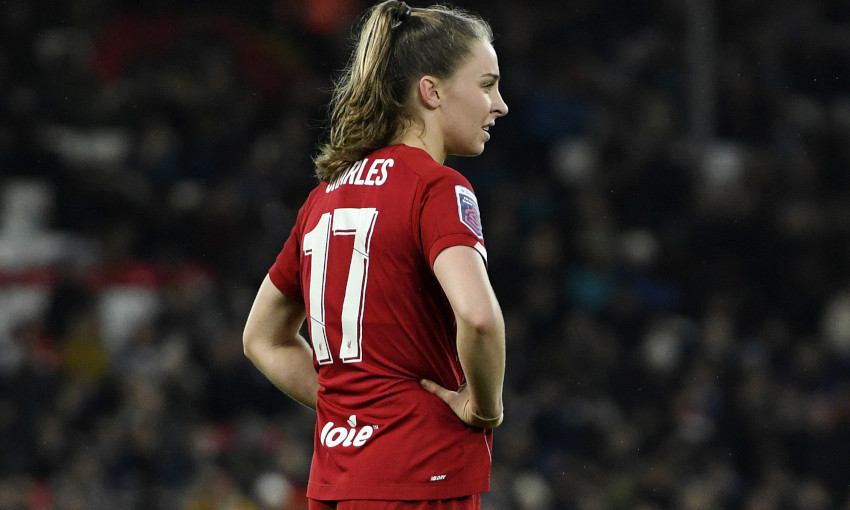 Niamh Charles has left Liverpool FC Women after reaching the end of her contract.

The 20-year-old forward is a homegrown talent who graduated from the Reds’ Centre of Excellence and the Development Squad.

She debuted in the first team as a 16-year-old and went on to make 59 appearances, scoring 11 goals.

LFC Women manager Vicky Jepson thanked the Wirral-born winger for her contribution as a player and as an inspiration for the club’s academy youngsters.

“It’s sad to say our goodbyes to Niamh as she’s someone we would like to see continuing wearing the LFC shirt,” said Jepson.

“I still remember the day Niamh first signed for our club at the open trials when she was 14, she stood out a mile off.

“She’s been an incredible role model to many of our youth players across our Regional Talent Club, being one of our most successful graduates from our youth set-up.

“I have no doubt that Niamh will go on and achieve her goals in her next footballing chapter. She’s a perfectionist and always works at 110 per cent in every session and in every game she competes in.

“It’s been a pleasure to work with Niamh and play a part in her development with everyone else here at LFC Women past and present, and we will all be watching from afar hoping she continues to grow and develop further.

“Thanks for all your years as a Red, goodbye for now and good luck for the future.”

Charles described pulling on the red shirt of her childhood club as an honour she would never forget.

“I have been a Liverpool supporter for as long as I can remember and going from a fan to a player has truly been a dream come true,” she said.

“Playing in the famous red shirt has always been an honour – from the first time in the academy, to wearing it at Anfield in front of over 20,000 people last year. I will forever be grateful to this club for letting me live my dreams.

“I want to thank all the fans, who make Liverpool so special – it has been an honour to represent the club and the city for you.

“Finally, I wanted to say thank you to all the players and staff, past and present, who have been a part of my journey.

“I have learnt so much from you and from the Centre of Excellence. I wouldn’t be the player I am today without your help and guidance but now is the time for me to seek a new challenge.”

Everyone at Liverpool FC would like to thank Niamh and wish her every success in her future career.