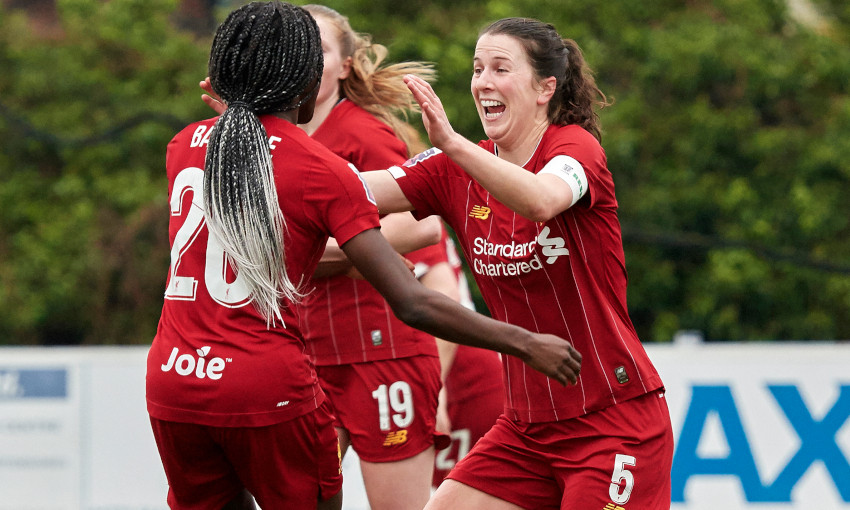 With the season currently paused, we have compiled a list of Liverpool FC Women's 10 best goals in 2019-20 so far.

Our free video features a collection of fine goals by Vicky Jepson's side in all competitions...

The opening goal of this Continental Cup group game was special, Rinsola Babajide cutting in from the right flank and guiding an unstoppable looping effort into the opposite top corner.

In the five-goal thriller against Arsenal at Chester FC, a long pass from Niamh Charles offered space for Rachel Furness to attack; it was a chance she grasped with an emphatic left-footed finish past Gunners stopper Pauline Peyraud-Magnin.

After the aforementioned effort in the same game, the No.20 was at it again to double the lead for Jepson's team. Receiving the ball from a short corner, Babajide cut inside from the right and unleashed another unsaveable drive into the far corner of the net.

Having created space with a clever turn inside the penalty area, Kirsty Linnett powered home clinically to make it 7-1 in this Women's FA Cup tie.

A fine pass from Furness put Babajide clear and the No.20 showed strength to hold off the defender and great composure to calmly slot the ball into the net.

Jemma Purfield was the architect with an incisive run down the left, and when she cut inside and delivered an inviting cross Charles met it expertly with a headed finish.

Purfield's delivery from the flank was smartly headed down by Furness for Babajide to drill home a left-footed volley, making it 3-1 with her second goal of the game.

Another headed effort by Charles and another fine piece of technique, this time the forward leaping highest to convert from Linnett's corner.

The Reds forward made it 2-0 on the night when she moved in from the right-hand side and directed an unstoppable effort into the back of the net.

The teenager made it 6-0 with a curled free-kick around the wall to wrap up a positive night for Liverpool. And it was an extra special moment for Missy Bo Kearns - her first senior goal.