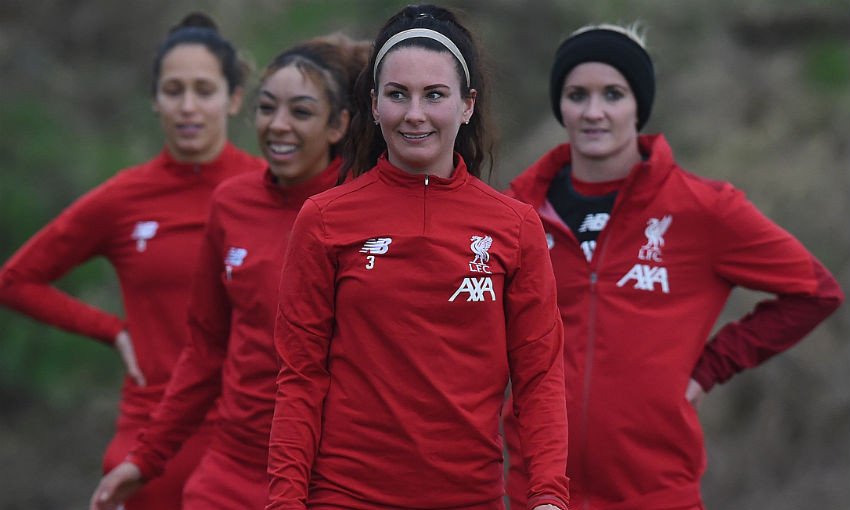 Leighanne Robe hopes Liverpool FC Women can go into the international break on a high with a strong result in this weekend's away trip to West Ham United.

Vicky Jepson’s side will take on the Hammers at 3pm GMT on Sunday before the women’s game takes a break of almost a month for national teams to take prominence.

Full-back Robe said: “We’ve had a couple of good performances and close results in the last two games against Arsenal and Chelsea so we want to take that into the West Ham game where three points are massive.

“There’s nothing worse than going into a break when you haven’t got the three points or not had a good performance so that’s what we’re focused on.

“We’ve got a very important bit of the season when we get back from the break, we obviously need to get points on the board but I’ve got lots of confidence in the team and we’re sticking together.”

Forward Ashley Hodson knows West Ham boss Matt Beard better than most, having won a league title under him with Liverpool in 2014, and she expects the trip south to be a difficult one.

Hodson said: “The way he coaches his sides it’ll be a tough match, we saw that in the home game at Prenton Park (a 1-1 draw), but I’m more than confident we can go there and get three points.

“As a squad we’re in a good place, I don’t think the results reflect our performances and how we’ve been playing.”

The 24-year-old has been a valuable squad member this season, playing in several different positions including full-back, but she says it’s a role she relishes.

Hodson continued: “It’s good to embrace different challenges and do a job for the team and I enjoy it.”