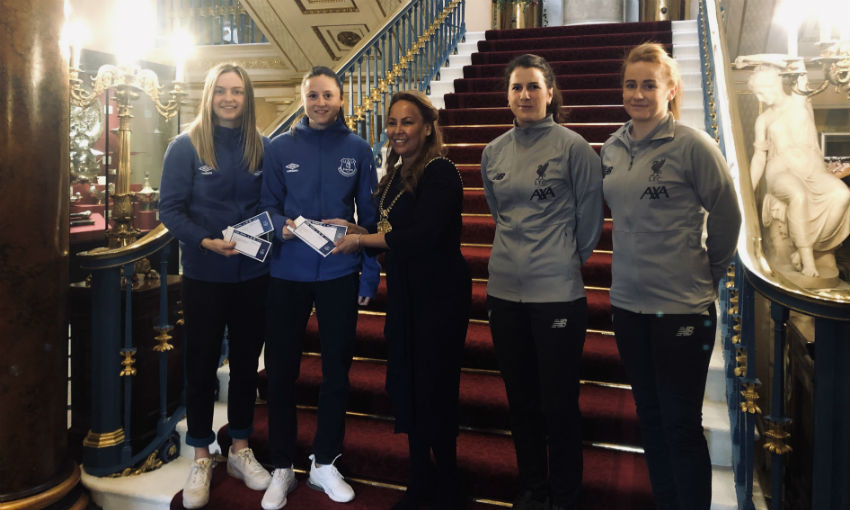 Liverpool FC Women supporters are reminded tickets are still available for the Reds’ section at this weekend’s Merseyside derby with Everton at Goodison Park.

Sunday’s match will mark Goodison’s first hosting of a Women’s Super League fixture after the reverse meeting at Anfield attracted a huge crowd of 23,500 back in November.

Tickets are available online here until 1pm GMT on Wednesday or at the Anfield ticket office until 5.30pm on Friday.

LFC Women vice-captain Niamh Fahey and midfielder Rachel Furness were recently special guests of the Lord Mayor of Liverpool, councillor Anna Rothery, to celebrate the game, which kicks off at 2pm. 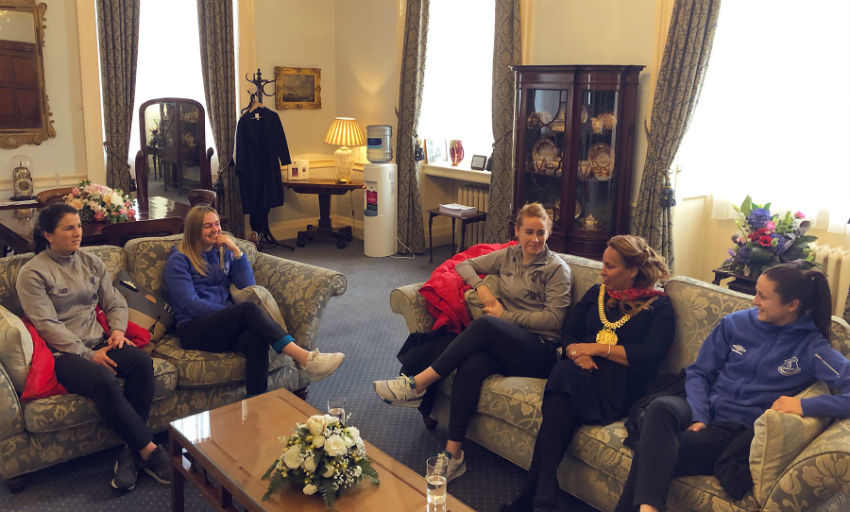 The Lord Mayor, who is also the mayoral lead on equality, said the games showed the city is ‘genuinely committed to equality for all’.

Rothery added: “The first game was fantastic. I attended and I saw how many people turned up and how proud they were to see the women play.

“I think there is genuinely the support there for women’s football in the city – it is now about hosting the games and ensuring that people have access to tickets.”

After a narrow 1-0 defeat at Anfield, the Reds are hoping for a very different outcome from their trip across Stanley Park.

Fahey said: “Hopefully we’ll get another good crowd in and it’ll be another great occasion for showcasing women’s football on Merseyside.

“Of course we’re hoping it’ll be a very different result this time and we’re all really looking forward to it.”