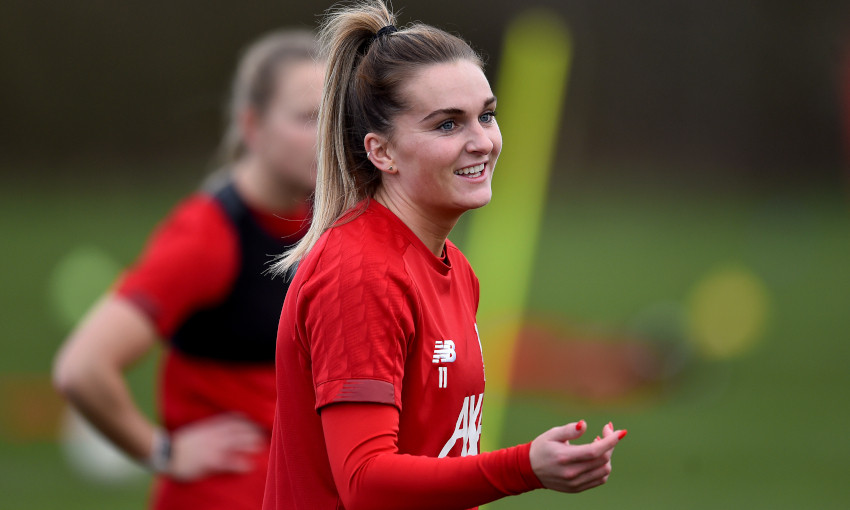 After reaching a century of Women's Super League appearances last weekend, Melissa Lawley is now going in search of more glory in the Women's FA Cup.

The Liverpool FC Women forward played her 100th game in top-flight football as the Reds beat Bristol City 1-0 on Sunday, helping to set up the winning goal for Rachel Furness.

The 25-year-old was the third-youngest player to achieve the feat – but had no idea the milestone was even approaching.

“It was a shock to me, it’s an amazing achievement and plenty more to come hopefully,” the England international told Liverpoolfc.com.

“To mark my 100th WSL appearance with a win for the Reds made it a good day and hopefully we can carry it on.”

Lawley and her teammates travel to the neutral venue of Bamber Bridge to face Blackburn Rovers at 1pm GMT on Sunday as they start their campaign in the Women’s FA Cup.

The tournament has previously been kind to the Liverpool winger, who collected two winner’s medals during her time with Manchester City.

“Obviously it’s a competition which has been good for me in the past but we’ll just take things game by game now and keep pushing on,” she said.

“That experience at Man City in winning the trophy was an amazing feeling and I’d love to get that feeling with the girls here because I think it would be even more special.

“We won’t underestimate Blackburn, we’ll go there and play our game and hopefully come away with the win.”

Fans can pay on the gate (cash only) at the Sir Tom Finney Stadium in Bamber Bridge on Sunday.