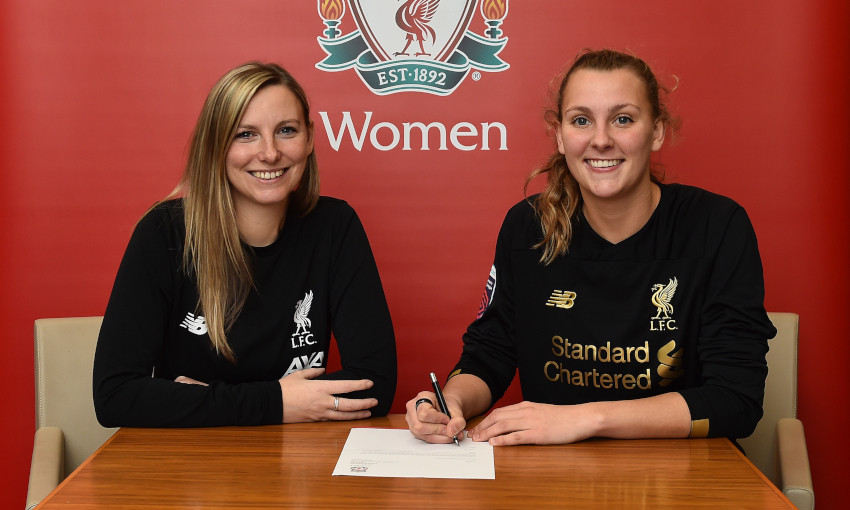 Foster, from Ontario, Canada, joins the Reds after finishing her career in the American college system with West Virginia University.

The 21-year-old enjoyed a successful four-year career with the Mountaineers, playing 84 games and recording 39 clean sheets.

She was named on the MAC Hermann Trophy long list for the most outstanding college player of the year in two successive years.

A Canada U20 international, she will wear the No.13 jersey with the Reds.

LFC Women manager Vicky Jepson said: “Rylee is a good signing for us. It’s about signing a good quality goalkeeper that brings competition to our current squad. She’s a fantastic fit for us for the future.

“We’re glad to have such a young, talented individual join our squad that will add strength. She’s settled in well and we’re looking forward to seeing what she’s capable of.”

Foster is a huge Reds fan and her arm has borne a tattoo with the club’s ‘You’ll Never Walk Alone’ motto for several years.

“I’m going to come in, work hard and do everything I can to help out.

“I got the tattoo in 2014 after my grandmother passed away. My grandparents are both from Wavertree in Liverpool but moved away during the war. It’s just a commemorative thing to show that they are always with me.”