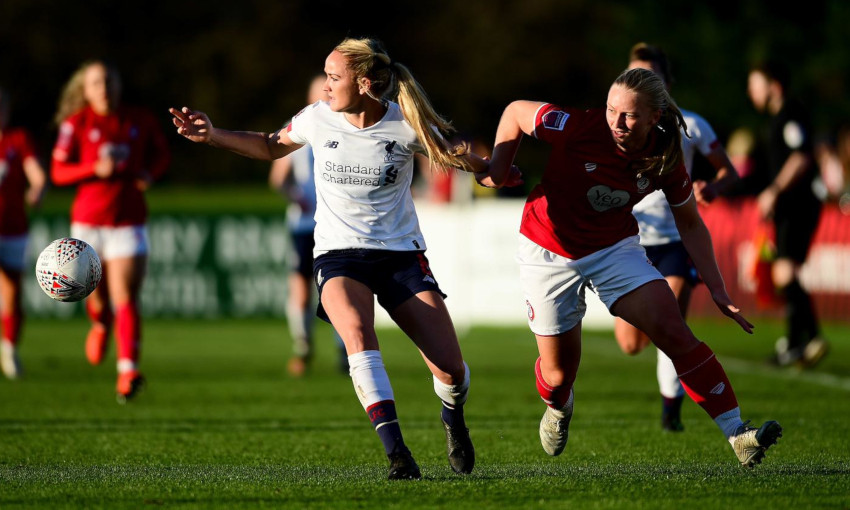 Liverpool FC Women secured an important 1-0 win over Bristol City on Sunday afternoon to move off the foot of the Women's Super League table.

Rachel Furness’ first-half goal was ultimately enough for three points for the Reds after goalkeeper Anke Preuss saved a penalty around the hour mark.

Those moments earned a first victory of the 2019-20 league campaign for Vicky Jepson’s team, who therefore leapfrogged City on goal difference as they aim to climb away from the threat of relegation.

Liverpool made a confident start to the clash at Stoke Gifford Stadium and were inches away from taking the lead within two minutes of kick-off.

Furness’ precise pass through the middle of the opposition defence allowed Rinsola Babajide to line up a low strike across the goalkeeper from the edge of the box that clipped the right post and bounced away.

But Jepson’s side did not have to wait much longer for a crucial breakthrough.

With 13 minutes on the clock, Melissa Lawley found space on the left-hand side and when her shot from the angle caused a scramble in front of the goal, Furness kept a cool head at the back post as the ball fell kindly and whipped it back into the net for 1-0.

Free video: Watch the best of the Bristol City action

Babajide might have doubled that lead soon after but, having broken in behind from the wing, the final finish lacked power and was an easy take for Sophie Baggaley.

Liverpool were threatening persistently but they were served a warning on 27 minutes.

Olivia Chance carried the ball forward to a shooting position outside the area and sent a stunning dipping shot over the reach of Preuss – only to see it crash off the upright and away.

Furness swiped another effort narrowly wide of the post as the first half ended with Jepson’s charges deservedly in front. 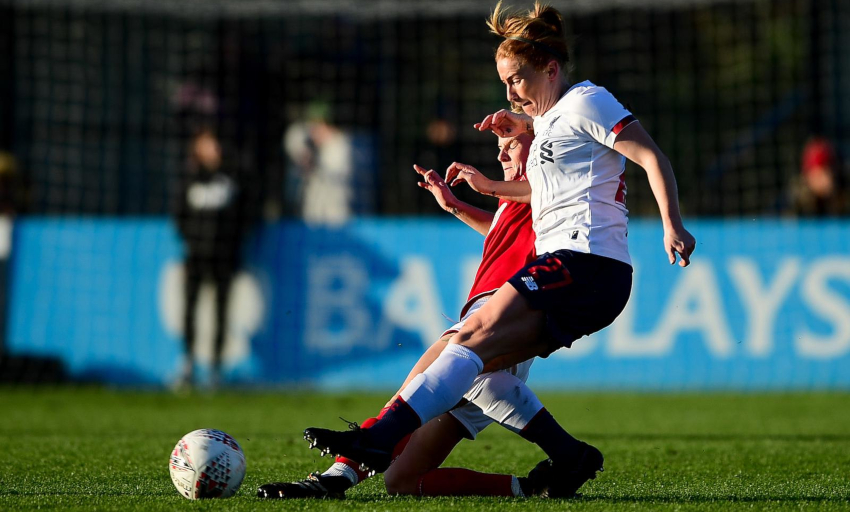 There was a more passive nature to the contest initially after the restart – but a frantic three-minute period from the hour mark proved pivotal to the final result.

Ebony Salmon had already looped a long-range hit over the crossbar and drawn a smart save from Preuss from the left before the hosts were awarded a penalty for a foul inside the box.

Charlie Wellings stepped up from 12 yards but was denied by the Liverpool goalkeeper, who moved in the right direction to push away the spot-kick and was alert to the rebound as the Reds eventually cleared.

At the other end, a good stop by Baggaley thwarted Babajide when the forward drove off the right wing and fired a shot towards the opposite top corner.

City kept pushing for an equaliser that would have had significant implications for the standings, while Furness saw an outstanding long-range strike cannon away off the bar.

And Liverpool preserved their slender lead in the time remaining to clinch a vital victory in the Women’s Super League.