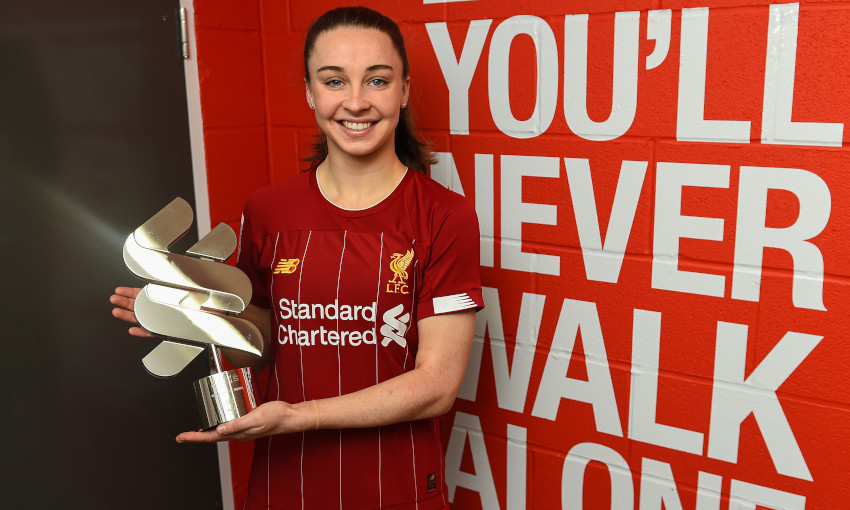 Niamh Charles has been voted Liverpool FC Women's Standard Chartered Player of the Month for December.

In a solid month for the team, Charles scored in three successive games, starting with a Women’s Super League equaliser against West Ham, the third goal in the Continental Cup win over Durham and the opener during the draw with Chelsea.

The 20-year-old Academy graduate is the Reds’ top scorer this season with five and is likely to be a crucial figure as they look to climb up the WSL table in the second half of the season.

“It’s nice to score and we finished that part of the season really strong, though we didn’t get all the points we hoped for,” said the England U21 international.

“This is my first proper – hopefully full – season back from injury and it’s nice to be playing week in, week out and starting to see progress and getting my physical ability up there.”

Vicky Jepson’s team travel to Bristol City this weekend for an important fixture against the side sitting just above them in the league table, with kick-off at 3pm on Sunday.

“I think we’ve re-set for the second half of the season, we’ve upped our work-rate even more and I think we’re in the best place to try to turn the season around,” added Charles.

“We take each game at a time and the biggest focus is the game on Sunday and I think if we keep that mindset for the rest of the season it will come good.”