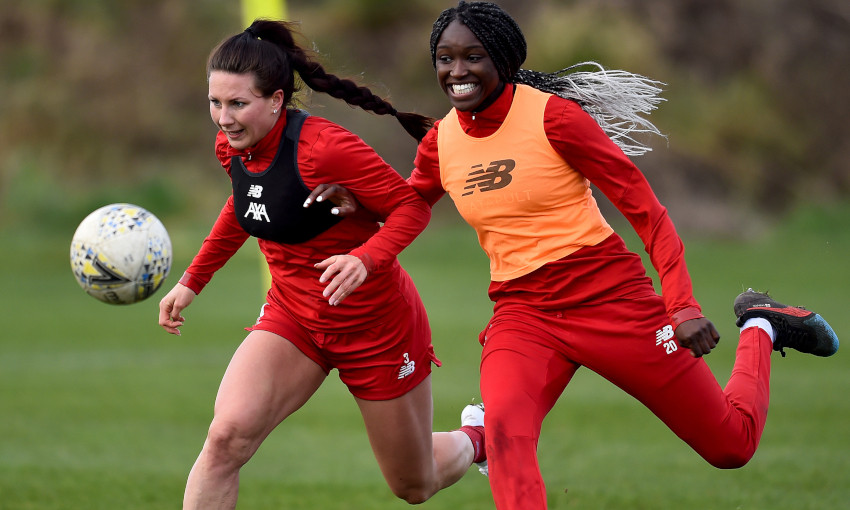 The meeting of two of football’s traditional rivals sees the Reds seek to move away from the foot of the WSL table, while fourth-placed United will look to rebound from a shock 1-0 defeat by Bristol City last weekend.

LFC Women manager Vicky Jepson is hoping for a big crowd to cheer on her team, with narrow margins continuing to frustrate the search for a first league win.

In her programme notes for the game, Jepson says: "We know that United have got so much class in their team and they've got a great leader in Casey [Stoney] so we understand that we're going to get fully tested.

"But ultimately we have to test them as well and we certainly have the capability to do that so there's no better time to bounce back. I've said that a few times this season but hopefully we can put things right this week.

"We've had a good week in training and we're ready to face United."

Tickets for the match will be on sale on the gate or buy now by clicking here.

Fans are reminded of the earlier kick-off at 12pm, with Liverpool supporters seated in their usual Main Stand at Prenton Park.

Visiting fans will be directed to the Cowshed End behind the goal.

Vote now: Who was LFC Women's November Player of the Month?