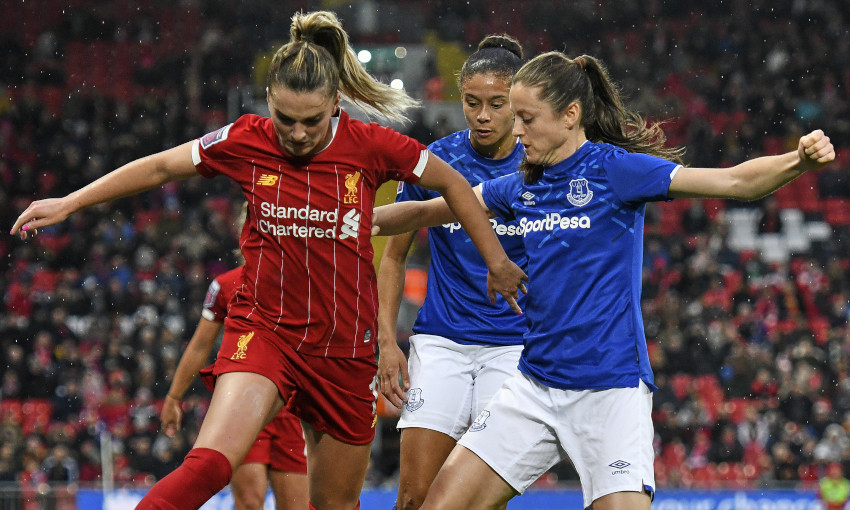 Vicky Jepson: 'Manchester United a good test, but we are stronger now'

Liverpool FC Women will face Everton next month in the first ever Women's Super League Merseyside derby to be played at Goodison Park.

The clash between the Reds and the Blues will take place on Sunday February 9, with kick-off at 2pm GMT.

It will be the second derby to be hosted at a first-team stadium this season after a record crowd of 23,500 watched the two teams meet at Anfield in November.

“It’s fantastic that we’ve got another match in which to showcase the women’s game on Merseyside,” said LFC Women manager Vicky Jepson.

“The Anfield derby was a terrific occasion and I hope as many Reds as possible will cross the park to cheer on the team at another historic football venue.”

Everton manager Willie Kirk said: “We’re delighted we have the opportunity to play at Goodison Park.

“Big games like Merseyside derbies are the ones you want to be involved in as a player and manager and we have the opportunity to play this historic fixture on the biggest stage.”

Tickets for Reds supporters will be made available on Liverpoolfc.com, in the Lower Away, Upper Away and Upper Bullens sections of the ground – priced £6 for adults and £3 for over 65s and U18s.