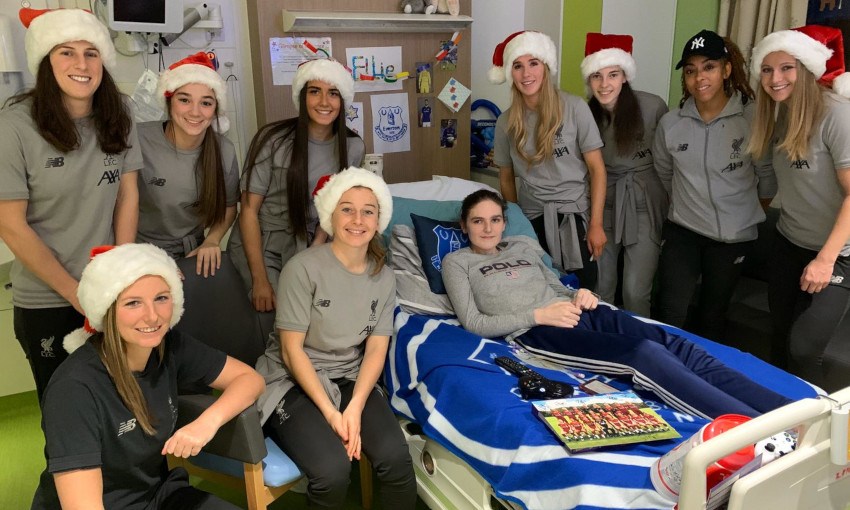 Bradley-Auckland up for WSL Player of the Month award

The players followed on from Jürgen Klopp’s first team and the Academy squads as they spread some seasonal cheer around the hospital, based in the West Derby district of Liverpool.

Presents and signed pictures were exchanged by Liverpool FC Women manger Vicky Jepson alongside members of the first team and senior members of the girls’ Academy squad.

The Women’s Super League takes a break over Christmas, with the players reporting back for duty on Saturday, December 28 before league duties resume on Sunday, January 5 away to Brighton.