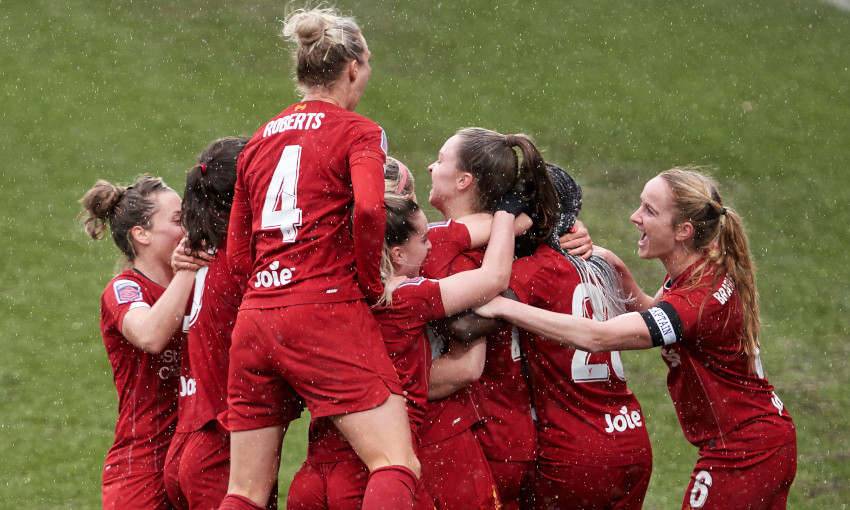 Liverpool FC Women produced a superb performance as they held Chelsea Women to a 1-1 draw in the Women’s Super League at Prenton Park on Sunday.

Niamh Charles gave the hosts the lead only to see the effort cancelled out by an equaliser from ex-Red Bethany England.

With midweek cup hero Rinsola Babajide starting through the middle, supported on the flanks by Charles and Melissa Lawley, Vicky Jepson’s charges started brightly and took the game to their opponents.

After five minutes the Reds were awarded a free-kick in a dangerous area.

Kirsty Linnett’s stinging drive was only parried by Chelsea goalkeeper Ann-Katrin Berger and into the path of Charles, who found the bottom corner with a lovely finish. 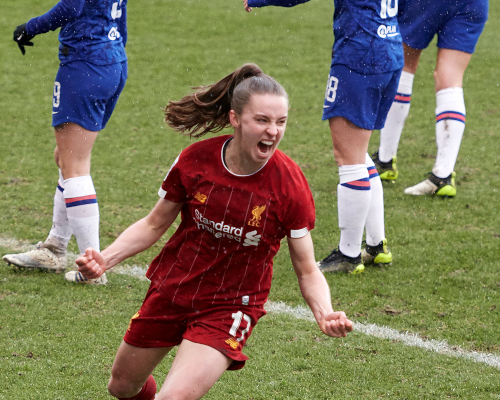 It could have been 2-0 on 11 minutes when Babajide got away down the right flank. Her cross found Charles, who just couldn’t quite make enough contact from close range.

The away side then began to cause problems, especially down the left. After Liverpool captain Sophie Bradley-Auckland had made a fine last-ditch challenge to clear the ball off the line, a run and cross down the left from Guro Reiten found the head of England, who made no mistake to level the scores.

England then missed a great chance from close range when she headed wide following a right-wing cross from Maren Mjelde.

The fighting spirit of this Liverpool side was evident all afternoon with Bradley-Auckland, Leighanne Robe, Niamh Fahey and Becky Jane outstanding at the back.

Reiten hit the post with a header on 51 minutes before, at the other end, Linnett went close with a free-kick that was held well by Berger.

With five minutes to go, Babajide showed great strength as she cut in from the right and saw her effort superbly saved by Berger, with the teams left to settle for a hard-fought point apiece.

With Bristol City’s home game against Manchester United postponed, the draw was enough to take Liverpool off the bottom of the table in their final outing of 2019.