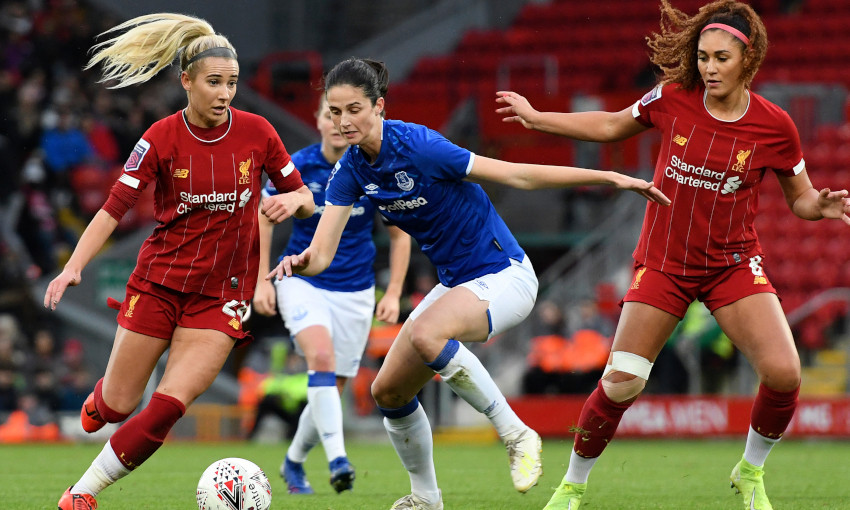 Report: Charles on the mark as LFC Women draw with West Ham

A change of position is helping Kirsty Linnett cement her place in the Liverpool FC Women line-up and now she is hoping to help the team climb the Women's Super League table.

The attacker has been deployed in a new role in the past month or so, dropping deeper to fill the No.10 position, and she believes it is a good fit for her attributes.

“I think you get the best of both worlds really as you can get more involved in linking the play, finding the pockets of space between the lines and getting on the ball more,” says Linnett.

“I’m really enjoying playing in that position and learning the role and I do think it suits me and my strengths.”

The 26-year-old’s skillset has been well utilised by the Reds and she has now started the last five games.

“Playing regularly is something that every player wants,” she continues.

“It helps your confidence and of course it also helps your fitness levels when you are playing week in, week out, so I feel fitter and stronger every time I go out on the field, too.

“We’re also benefiting from having our physical performance coach, David Robshaw, on board on a permanent basis now.

“I don’t think people always understand just how important someone like that is and I think you could see from the way we finished the game at City last week how strong the girls are now.”

LFC Women manager Vicky Jepson said recently: “Kirsty has found herself back in the squad but in a new role now as a No.10. Kirsty can certainly play in the No.10 position and she is very good at playing in there and linking up the play.

“She got a hat-trick recently against Coventry United. What I want to see now is her develop and blossom and really nail down her role and responsibility as our No.10.”

With Linnett employed in the role behind Courtney Sweetman-Kirk, wingers Melissa Lawley, Niamh Charles, Ashley Hodson and Rinsola Babajide have played either side of her.

And she explains why exploiting their pace is something the Reds are determined to achieve in the weeks and months ahead.

“We know the threat that players like that can carry so it’s up to us to try to get them into positions higher up the pitch so that we can use their qualities,” says Linnett.

“My job is to try to link up with them so that we can do that and we’re working tirelessly every day to try to make that happen.

“It’s tough when you’re bottom of the table and of course it’s not a nice situation to be in. But there have been a lot of positives to take from our recent performances.

“In the Conti Cup game at Blackburn Rovers, we showed what we’re capable of when we can get the girls into higher positions throughout the game and we’ve also shown that in spells in the WSL games, so we have to try to strive for consistency.

“We’re working so hard in training, the girls have been in for extra sessions because we’re all so desperate to get points on the board and start climbing up the table.” 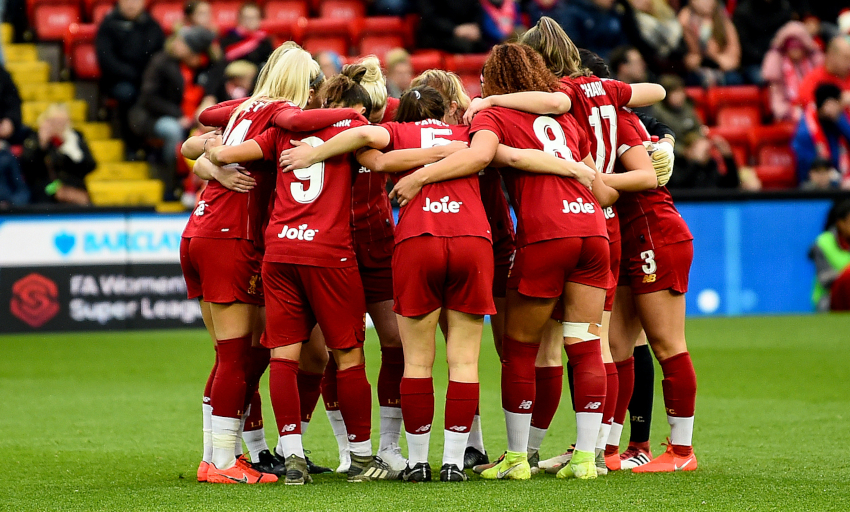 Linnett scored the first hat-trick of her Reds career in the Continental Tyres Cup win at Coventry United in October and believes her experience of playing in a front role can help her as she adapts to her deeper position.

“Another part of the No.10 role is that goals are expected of you and obviously that’s something that I hope I can contribute more and more in the weeks ahead, too,” she adds.

“It’s nice to find the pockets of space and try to link the play up and hopefully I can get on the end of a few things, too. I’m still learning the position but it’s been good and now it’s about consistency.

“The results haven’t gone for us so far but we’re all positive that things will change for us. We believe in each other, so we’ve got to stick together.”

Tickets start from just £2.50 and are available online and on the gate.

Secure your ticket by clicking here.