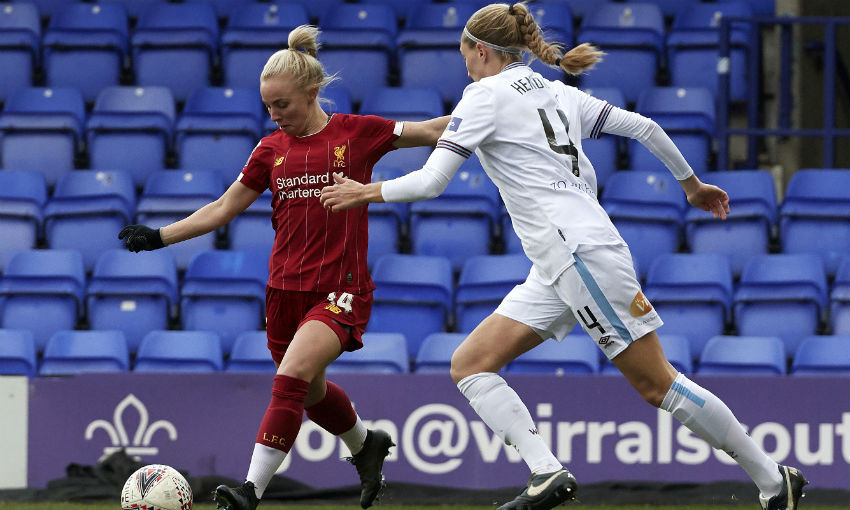 Liverpool FC Women earned a share of the spoils as they battled back to deservedly claim a 1-1 draw against West Ham United Women at Prenton Park on Sunday.

Trailing to an early goal and then missing a penalty, Niamh Charles managed to get the equaliser for the Reds in the final quarter of an hour.

Vicky Jepson’s side made a bright early start. Inside the opening two minutes, a superb pass from Niamh Fahey at the back released Ashley Hodson down the left flank, and after cutting inside the forward was unlucky to see her effort deflected just wide.

From the resulting corner, a superb delivery from Jade Bailey just failed to find a telling contact to divert the ball in the net, with Charles stretching to reach the ball.

But the away side took the lead in the fourth minute with a counter-attack that came from a Liverpool corner.

A fine pass from Kate Longhurst released Kenza Dali down the right and her cross found the unmarked Adriana Leon, who managed to divert the ball past Fran Kitching.

It was tough for Jepson’s side to take after a promising start, and the goal gave the Hammers confidence as they managed to win a number of corners.

However, in the 27th minute a superb break saw Lawley play in Hodson, but her first touch took the ball away from the goal and the chance was gone.

Lawley was in fine form and was a constant threat to West Ham's defence down the right flank. Her fine cross in the 33rd minute somehow eluded four red shirts in the box before another brilliant run and delivery found Hodson, who could only send her effort wide. 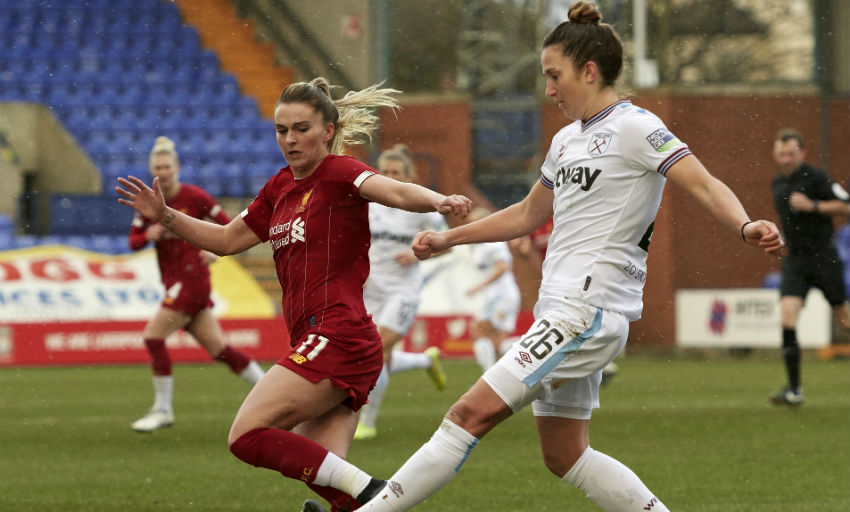 After the half-time break, Charles had an excellent early chance when she ran at the West Ham backline, but saw her effort well saved by stopper Courtney Brosnan.

Then at the other end Kitching had to be alert as she made a fine stop to keep out a curled effort from Dali.

The Reds were awarded a penalty in the 65th minute when Rhiannon Roberts went down following a challenge in the back, but unfortunately Lawley sent her resulting spot-kick wide.

But with 14 minutes to go, the pressure finally paid off and Charles grabbed a deserved equaliser. A fine pass from Becky Jane found Lawley, whose pinpoint delivery was turned into the net by Charles.

Lawley was then close to making it 2-1 when her superb effort was brilliantly kept out by Brosnan.

With five minutes left, Lawley thought she had made it 2-1 but her celebrations were short-lived as the referee had blown up for an earlier handball.

Both sides then had chances to win it in stoppage time. For the Hammers Jacynta Galabadaarachchi curled an effort just wide from close, while a free-kick at the other end found substitute Courtney Sweetman-Kirk, who saw her close-range header held by Brosnan.