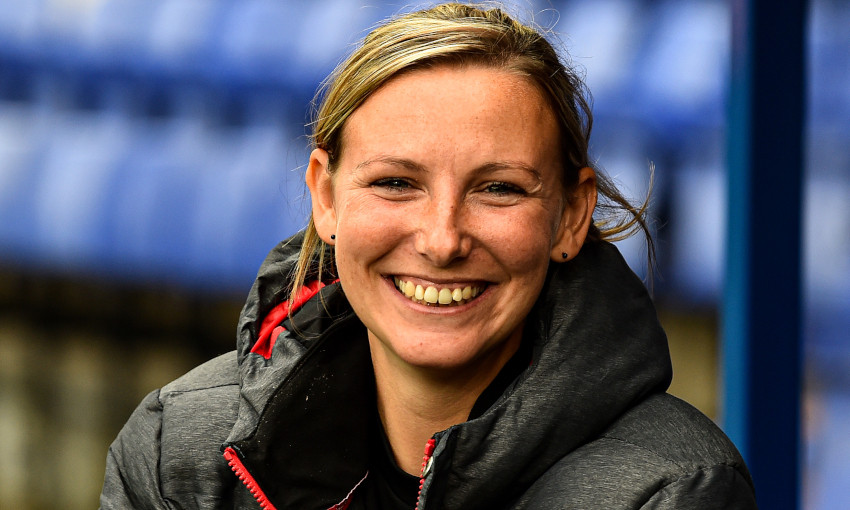 It goes without saying we are looking forward to being back on home turf again after a few tough away fixtures against Arsenal and Manchester City. Although we lost both those games 1-0, we can take a lot from both of those games and we could easily have got something out of both of them. Sometimes scorelines are a false reflection of a performance, which can obviously be very tough to take.

It is a result-driven environment and it has been tough to take that we are not taking points from games when we’ve achieved so much during those 90 minutes. Arsenal won the Women’s Super League last year, they had a big win against Bristol City in their last game and we knew what they are capable of with the quality they have in their squad. We really did frustrate them and it was unfortunate we didn’t go ahead when Sophie Bradley-Auckland was so unlucky to hit the post.

In last Sunday’s game at Manchester City our second-half performance was outstanding and I was really impressed with that. The last 30 minutes of the game we really pushed on and were unfortunate not to score. We are just missing that spark in the final third of the field at the moment to put the ball in the back of the net, but there’s no added pressure on the players, I see every day in training we do have some really clinical finishers.

We were really disappointed to concede the way we did from a set-piece and we know we have to be better than that. Defending from set-pieces is something that we are usually quite good at and, such is the way, it had to be our former captain Gemma Bonner who got the goal. We watched the goal back in our post-match review and we were really disappointed with it and, to be fair, the players held their hands up.

Sunday’s opponents West Ham scored from three set-pieces during their win against Manchester United in their last game so we have to be aware of that. We are really looking forward to the game and we know how tough a test West Ham will be. I know last season we took six points off them but they weren’t given to us and we had to work so hard for them. Matt Beard is a very good friend of mine so it will be great to see him as always but for us, we will be very focused and make sure we manage ourselves at the best possible level to compete and get the right result. 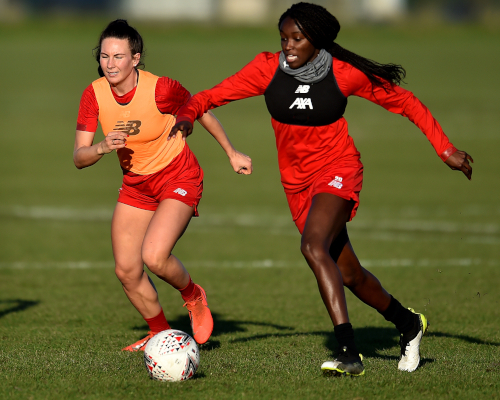 We are looking forward to playing at home and it’s our first home game since we got that wonderful opportunity to play at Anfield in front of 23,000 supporters who were incredible. We have three home games now in succession before the end of the year, with Durham in the Continental Tyres Cup on Wednesday night and then Chelsea on the Sunday, but our only focus is West Ham. Hopefully we can see a few of those supporters come and see us on Sunday and really raise the roof off Prenton Park.

Kick-off at Prenton Park is at 2pm GMT and fans who have your ticket from the fixture against Everton at Anfield can simply show your ticket stubs from that game to claim free entry on Sunday. Click here for more details.