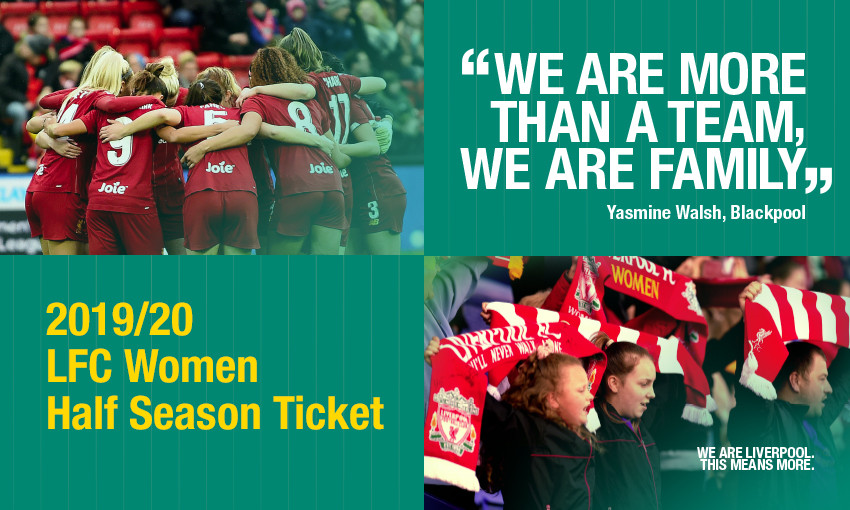 Half-season tickets for Liverpool FC Women are on sale now.

Fans will have plenty to look forward to in the new year when the Reds play some of their biggest matches at Prenton Park including against Manchester United Women, Arsenal Women and Manchester City Women.

The half-season ticket is valid for all home matches in the Women’s Super League, starting with Manchester United Women on Sunday January 12, 2020, and also includes all Continental Tyres Cup and Women’s FA Cup home games.