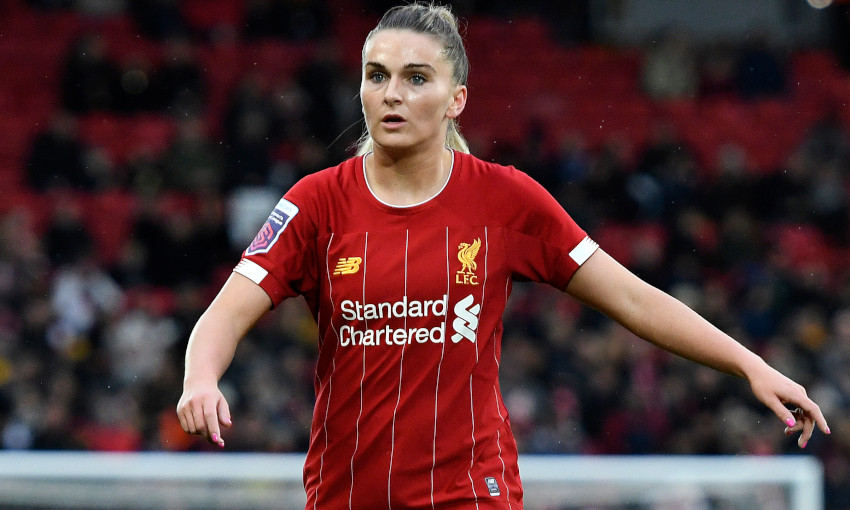 Vicky Jepson: Why I was proud of my players at Anfield

Liverpool FC Women bounced back to winning ways in style with a 6-0 victory over Blackburn Rovers Ladies in the group stage of the Continental Tyres Cup on Thursday night.

After Sunday's narrow loss in the Merseyside derby at Anfield, Vicky Jepson's charges secured an emphatic result at the Sir Tom Finney Stadium in Bamber Bridge.

Rhiannon Roberts, Melissa Lawley, Rinsola Babajide, Ashley Hodson, Courtney Sweetman-Kirk and Missy Bo Kearns were all on the mark for the Reds.

Liverpool made a bright start and took the lead after nine minutes when Roberts found the net with a fine effort from a tight angle.

It was 2-0 four minutes later, however, as Babajide celebrated her return to the starting XI by guiding home a brilliant shot from outside the box.

And just before the half-hour mark it was 3-0, with Lawley slotting beyond the goalkeeper after a pass from Hodson.

The pace of Babajide, Lawley and Hodson in attack was proving too much for the Blackburn defence to deal with and it was no surprise when a fourth goal arrived before half-time.

Hodson provided it with a clinical finish into the roof of the net following a great cross from Roberts.

After a morale-boosting opening half, Jepson's side continued to look for more goals.

Lawley was a whisker away from making it 5-0 on 52 minutes when she curled a free-kick narrowly wide of the target.

But Sweetman-Kirk then came off the bench and duly got back on the goal trail with a fine run and finish six minutes from time.

And the Reds made it 6-0 before the end when talented teenager Kearns registered her first senior goal with a well executed free-kick.