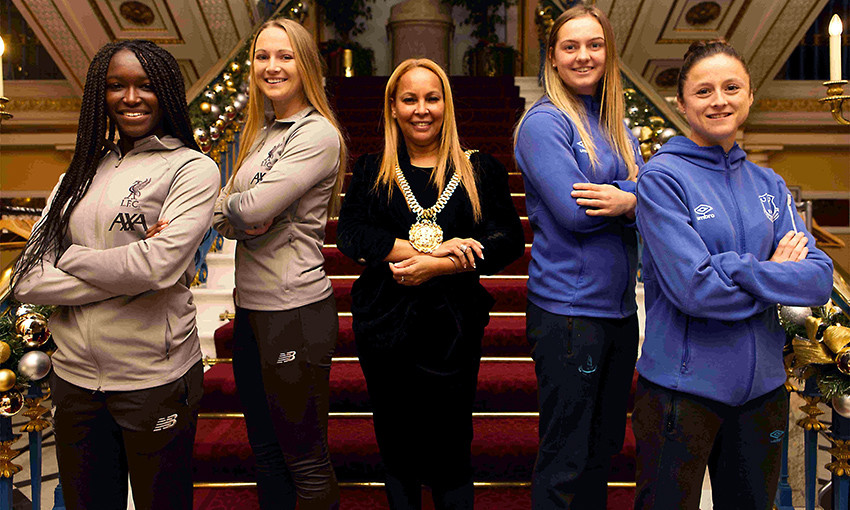 The Lord Mayor of Liverpool, Cllr Anna Rothery, invited the players as representatives of the team along with Everton players Lucy Graham and Danielle Turner.

The players spoke with the Lord Mayor about their journey in football and how much they were looking forward to the occasion at Anfield.

As the mayoral lead on equality, the Lord Mayor spoke to the players of the importance of diversity in football and the fantastic inspiration that events like Sunday could give to both young girls and old.

The Lord Mayor presented each team with a civic plaque to mark the occasion, though insisted she would be remaining a firmly neutral ‘purple’ when she attends the game on Sunday.

Tickets for Sunday’s derby (kick-off 3pm) will remain available at the Anfield ticket office until 3pm on Saturday. The game will also be broadcast live on LFCTV, LFCTV GO and on the Liverpool FC Facebook page (territory restrictions apply).