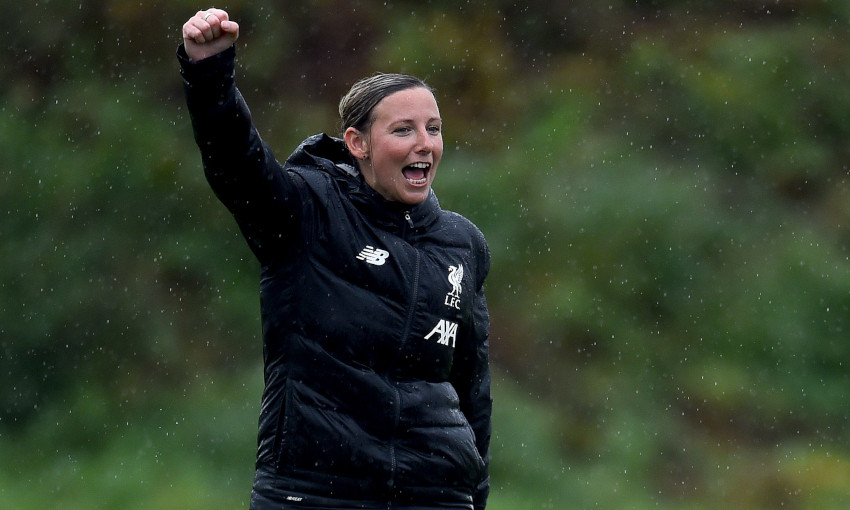 We have been counting down the days and our appearance at Anfield is almost upon us. We can’t wait. Even if we weren’t playing this game at Anfield we need no extra motivation for playing in a Merseyside derby. Playing against Everton is something we always look forward to and the fact that we get to play them on our iconic turf of Anfield just adds that special spark to the occasion.

Our professional female players deserve this opportunity to play at Anfield for the first time. They work tirelessly hard week-in, week-out and regardless of our results so far they always give everything they have got. Going on the red bus to play at Anfield is nothing more than what they deserve and we hope to show what we are all about. If we could get the three points I really do believe it would be the biggest way to kick-start our season. The one thing we are not going to keep focusing on is the outcome because our process and our performance on the day has to be good first. We can’t get overexcited by the occasion - I want the players to obviously enjoy it but make sure we are 100 per cent focused to get our performance right so we can compete and the outcome will then take care of itself.

Last season we ended the campaign with a very good performance against Everton when Christie Murray got a hat-trick of assists. That was the best way to end last season when we had highs and lows. We said before the game we were going to do it and we did it. We have a lot of respect for Everton and their manager Willie Kirk. He has strengthened his squad during the summer and they have had a great start to the season. Willie is a fantastic manager and he has players who will be absolutely chomping at the bit to take us on at our first-team men’s stadium, but we will be ready for that. We’ve got to focus on ourselves and make sure we do everything that we can to add that extra 10 per cent to make sure our performance is right so the outcome will be in our favour. 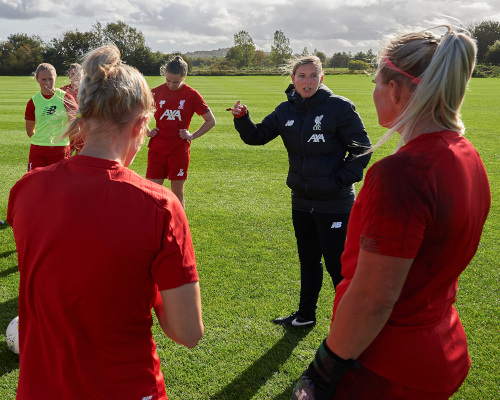 What we must do on the day is not let the occasion affect our mindset in the game. We need to make sure we are really clear in all of our roles and responsibilities and also understand how much derbies mean to this club. In these games you do need to bring that extra 10 per cent to your game and make sure when that final whistle goes you have left absolutely everything on that pitch. If you have done that then that is all we as staff can ask for.

Our fantastic fans play such an important role in our performance and they can do so again at Anfield. We have seen when the red men play there, like that Champions League game against Barcelona last season when against all odds we managed to come back and win that incredible game. The fans were chanting constantly and that gives players extra fuel and extra fire in their belly to go and compete and add that extra bit of spark in front of goal. So, my message to our fans would be get behind us, get on your feet and sing your hearts out for our girls and hopefully we can reward them.

All available seats for Sunday's game have now been sold or allocated. There will be NO tickets available to buy at Anfield on matchday.