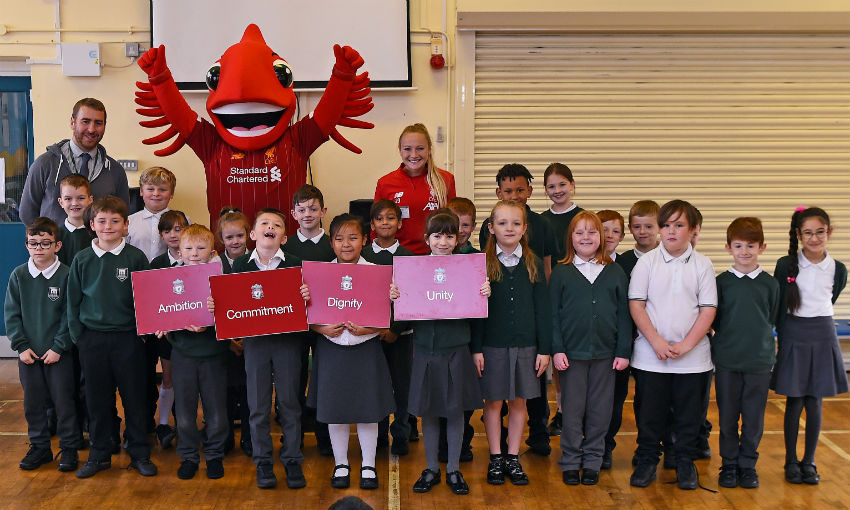 Liverpool FC Women went back to the classroom recently as they joined club mascot Mighty Red to meet school pupils in the Wirral.

Vicky Jepson’s side both train at Solar Campus in Wallasey and play most home games at Prenton Park so are always keen to meet young people out in the local community.

The first port of call was Woodchurch Road Primary School in Birkenhead where Mighty Red spoke to the children about the Liverpool club values of ambition, unity, commitment and respect.

Mighty then introduced the friend who had accompanied him, Liverpool FC Women defender Jemma Purfield.

Jemma enjoyed a Q&A with the pupils before she posed for pictures and helped hand over tickets for future games which the teachers can use as motivational tools for the children.

It was a busy day for Mighty Red who later travelled on to chat with pupils at Egremont Primary School in Wallasey, where he got an equally warm welcome.

The players answered questions before handing over some gifts, again including tickets for future games.

Don’t miss the chance to see Liverpool Women take on Everton at Anfield on Sunday November 17 at 3pm GMT.