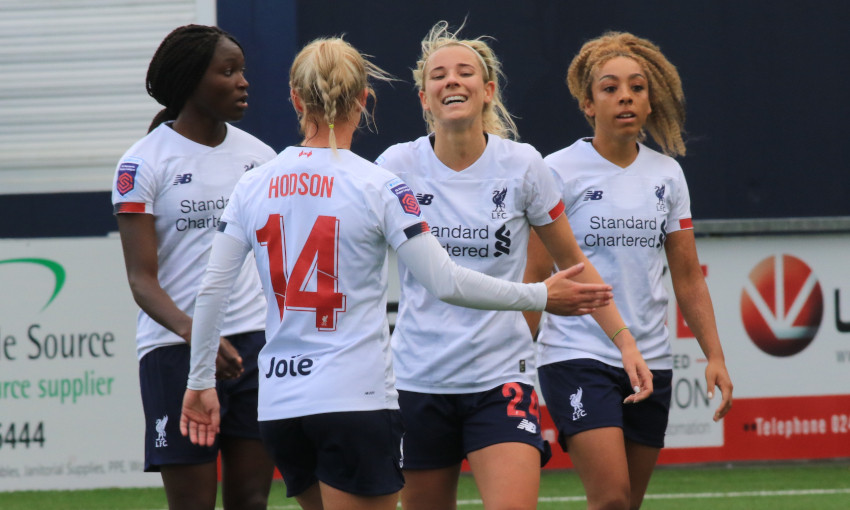 Liverpool FC Women registered their first victory of 2019-20 with a 5-1 result at Coventry United Ladies on Sunday afternoon.

Vicky Jepson’s Reds took control of the Continental Cup tie from the off, to bounce back from defeat against Sheffield United Women in their opening Group A fixture.

Niamh Charles put the visitors in front with three minutes on the clock as she guided a header home after a dangerous corner by Kirsty Linnett.

And Linnett doubled that early advantage almost immediately as she beat the goalkeeper when a shot from Rinsola Babajide fell into her path.

Coventry halved the deficit in the eighth minute as the goals kept coming, but from there Liverpool settled and they were comprehensive leaders by the break.

Linnett got her second and the Reds’ third on the half-hour with a header from Babajide’s cross, then sealed a hat-trick with a penalty just before the interval.

Jepson’s side added one more in the second half, with Jess Clarke marking her 50th appearance for the club with a 67th-minute finish to wrap up an encouraging win.