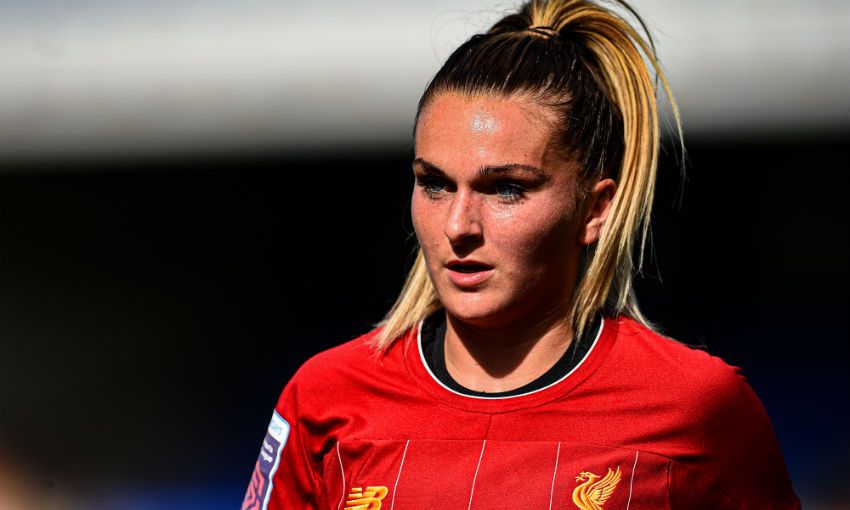 Liverpool FC Women have entered an international break with the next domestic fixture an important home game against Bristol City at Prenton Park on Sunday October 13.

Many of the Reds are heading off to represent their countries before returning to Women’s Super League action, where they have had a tough start to the season.

Winger Melissa Lawley has again been called up as a training player by Phil Neville for the Lionesses ahead of their home international against Brazil (Saturday October 5) and away trip to Portugal (Tuesday October 8).

Also in England action are Niamh Charles, Amy Rodgers and Rinsola Babajide, who will be away with the U21 squad.

Midfielder Missy Bo Kearns is in competitive action as part of the England U19 squad for the first qualifying round of the UEFA Women’s U19 Championship.

Kearns featured for 11 minutes off the bench as the Young Lionesses beat Cyprus 8-0 yesterday; they next face host nation Belarus on Saturday before taking on Serbia three days later.

The top two sides in each of the groups, plus four third-placed teams, will enter the elite round draw in November.

Development squad players Mia Ross and Eleanor Heeps will be part of the England U17 squad.

Liverpool vice-captain Niamh Fahey will return to Ireland for a UEFA Women’s Championship qualifier against Ukraine in Dublin on Tuesday.

On the same night, midfielder Rhiannon Roberts will be in action with Wales in Belarus in their own UEFA qualifier.