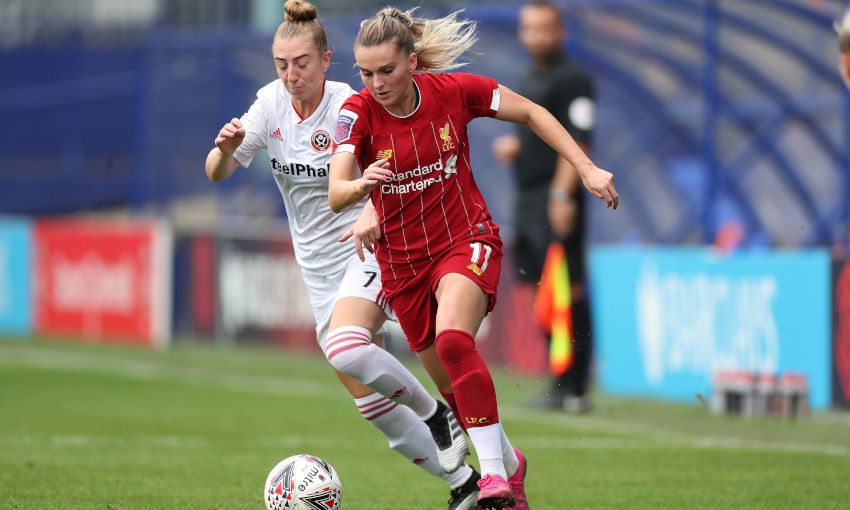 There was frustration for Liverpool FC Women as they suffered a 3-2 defeat by Sheffield United in the Continental Tyres Cup at Prenton Park on Sunday.

Vicky Jepson’s side twice took the lead in their opening group game, but the Blades refused to give up and claimed a stoppage-time winner.

Jepson handed first starts of the season to Jemma Purfield, Rinsola Babajide and Ashley Hodson, and there was also the welcome sight of the returning Wales international Rhiannon Roberts.

Liverpool opened the scoring just past the half-hour mark when Hodson pounced to net from close range after Melissa Lawley cut inside and saw her effort blocked.

Babajide almost doubled the lead on the stroke of half-time but her shot was superbly saved by Flaherty.

The Blades equalised on 55 minutes; a header from Katie Wilkinson was judged to have just crossed the line after the ball bounced back down off the bar.

Jepson’s team regained the lead past the hour mark, though, and it was courtesy of an inspired change from the manager.

Niamh Charles was sent onto the field and within two minutes she met a brilliant cross from Purfield to head home for 2-1.

But, with three minutes to go, the away side drew level once more when Maddy Cusack beat Anke Preuss with a long-range strike.

Then with penalties looking likely, the visitors grabbed a 94th-minute winner as Jade Pennock pounced to score.