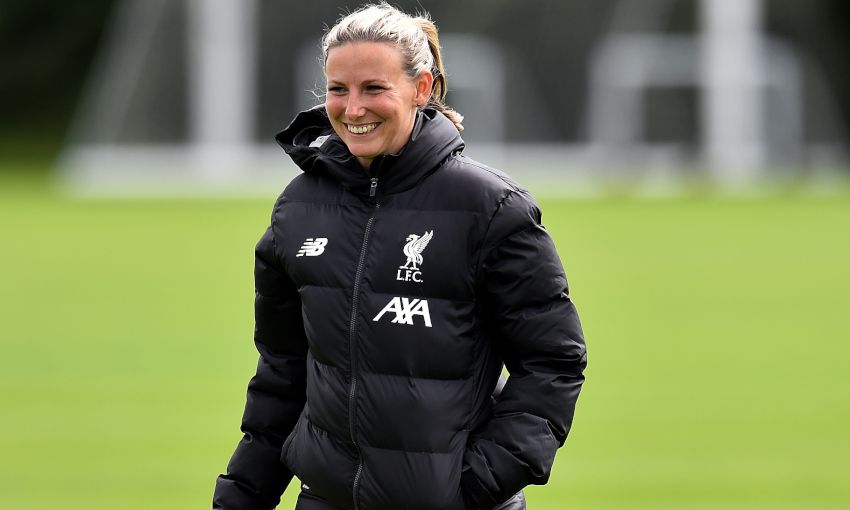 In her first column ahead of Sunday's Women's Super League opener against Reading Women, Liverpool FC Women manager Vicky Jepson tells us of her hopes and expectations for 2019-20.

We start our new Women’s Super League season on Sunday when we host Reading Women at Prenton Park and we can’t wait. We have had an enjoyable pre-season and worked really hard and everyone is calm and focused.

We have had five players away on international duty this week, so they will be back training with us on Friday, ready to play on Sunday. We’ve had a good eight weeks of hard pre-season training, so we just can’t wait to play now. 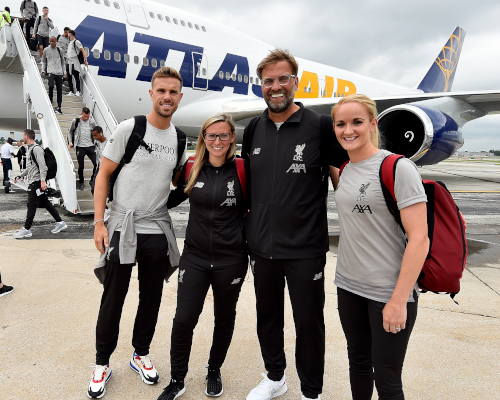 The pre-season, of course, started with us travelling with the men’s team together to the USA. It shows that we are two teams but part of one special football club and that is the main message – that we are one club.

Travelling out on that plane together was a big statement not just for our club, but for women’s sport in general and it was a special trip. We had lots of challenges off the pitch, we bonded together. And on the pitch, we enjoyed both of those games and it was a great start to our pre-season.

I was absolutely delighted for one of our new signings Melissa Lawley, who got a call-up to the England squad. Mel deserved it and hopefully it can lead to more England chances for her.

In possession she is technically very gifted and loves to attack full-backs. She created a lot of goals for us during pre-season and got seven assists from her deliveries into the box.

We’ll definitely see her creating goals for us and I’d like to see her getting on the scoresheet as well because she is certainly capable of getting them. What has also been good is her work ethic out of possession, which has been really pleasing to see.

We warmed up nicely for the new season with a friendly against Rangers Women at Prenton Park and we managed to score eight goals with Courtney Sweetman-Kirk and Rinsola Babajide both netting hat-tricks.

I keep talking with Rins about scoring more goals because she does have that in her locker. One of her strikes was so clinical and she has done that a lot during pre-season, so I’m hoping she can carry that on into the new Women’s Super League season. Courtney was our top scorer last season, so we are hoping she can carry on where she left off this term.

We know Reading FC Women is a tough start to the season. They are a very good side and we had some close games against them last season, drawing twice away from home.

They have really strong individual players and a great backroom staff, so we know we can’t just expect to turn up and take three points. We have got to be at 110 per cent to compete with a team like Reading and we are looking forward to that challenge.

In terms of our hopes and expectations this season, the first thing I would like to see is us get more supporters attending our home games at Prenton Park. On the back of the World Cup, 11.7 million people tuned in to watch the Lionesses during the tournament and hopefully that can encourage more people to come down and watch us play.

Secondly, we have to finish higher than last season in the Women’s Super League when we ended up in eighth place. There’s no excuses this season and we also want to have a good cup run and try to get silverware if possible.

Kick-off at Prenton Park on Sunday is at 2pm BST. You can buy tickets by clicking here or pay on the gate.