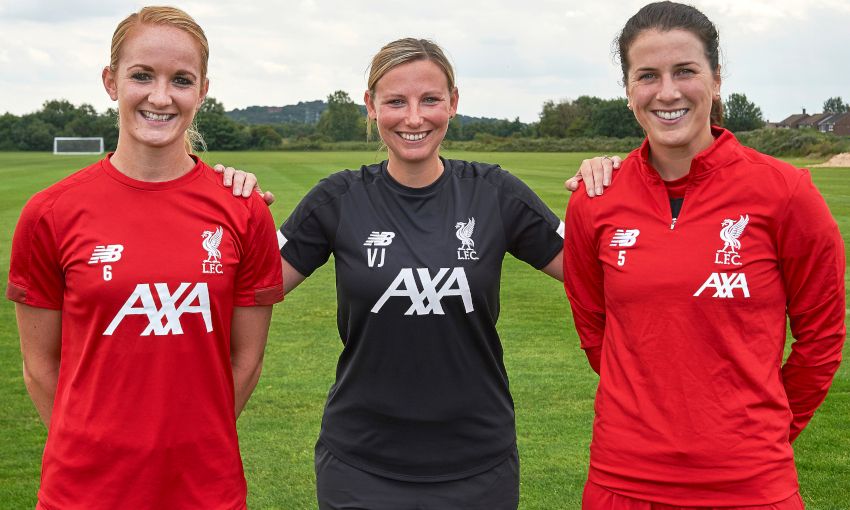 Niamh Fahey has been appointed vice-captain of Liverpool FC Women.

The Irish international will act as chief support to Sophie Bradley-Auckland, who continues in her captain's role.

The No.5 fulfilled a childhood dream when she joined the Reds in the summer of 2018 and received the club's Professional Footballers Association's Community Champion Award in her debut season.

The 31-year-old has a wealth of Women's Super League experience after several successful seasons with Arsenal and latterly Chelsea.

Fahey said: "I feel very proud being named vice-captain, it is a big honour for me as a Liverpool supporter playing for the club.

"I'm really excited to get the new season under way and to build off the back of last season's strong run-in. Having a full pre-season with the full squad and new faces will stand us in good stead and everyone is looking forward to getting started."

Fahey played both as a defensive midfielder and centre-back in her first season, making 17 starts.

Liverpool FC Women manager Vicky Jepson said: "Niamh Fahey is a great leader on and off the pitch.

"Niamh came to us with a lot of experience playing internationally and at the previous clubs she has played for.

"Off the pitch, she's a fun character and a lot of our young players feel comfortable going to her with any issues.”