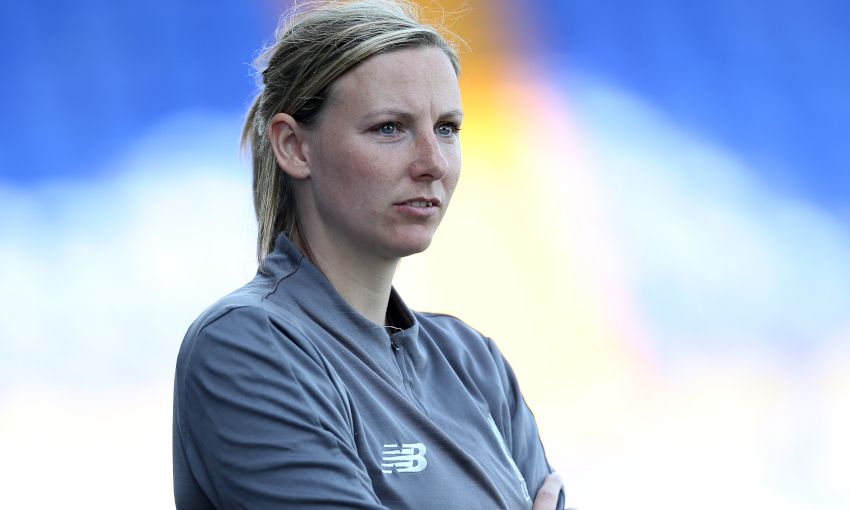 Vote now for LFC Women's Fans' Player of the Year

In her final column of the season, Liverpool FC Women boss Vicky Jepson previews Saturday's Merseyside derby at Prenton Park and speaks about the importance of giving young players an opportunity to shine.

It's our final game of the season on Saturday and I don’t think there’s any better way of finishing a season than playing a Merseyside derby against Everton. I’m sure the staff and players of Everton feel the same as it makes it exciting to finish the season off. We are looking forward to the occasion. Everton have beaten us twice already this season. That’s unacceptable for us but we had a lot of injuries and were missing some key players. We will give it everything we have got on Saturday to get the result on derby day.

Hopefully we can get a good crowd behind us at Prenton Park. We have had a lot of ticket requests so we are excited. It’s a big weekend for Liverpool with the Wolves game on Sunday so it would be great to see as many people as possible come down and support the women first on Saturday. Our supporters are so valuable to us, for me they are part of our squad and part of our team. I know the girls appreciate them so much and when they hear their names getting sung it makes them run that extra bit further for them. When we played Manchester City away from home in the quarter-final of the SSE Women’s FA Cup we might have lost the game but it was our supporters you could hear outsinging the City fans. Those supporters that come religiously to all of our games, we can’t thank them enough and I’m really grateful to them. Hopefully we can get a lot more supporters down to cheer us on next season and hopefully Everton on Saturday could be the start of that. 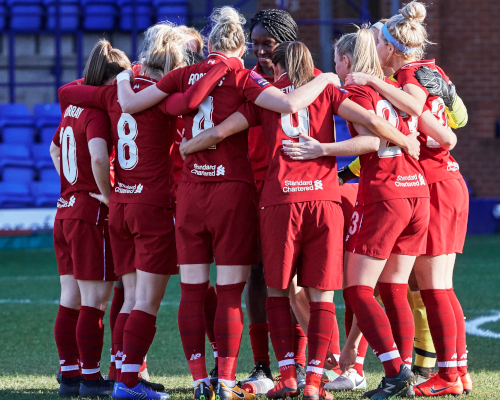 As we look back on our season it has been one of ups and downs and we have had many hurdles to jump. We have lost staff, we lost the manager at the start of the season, and injuries to key players has also played a big part in that. We have been without players like Jess Clarke, Niamh Charles and Jasmine Matthews who are key performers for us - and we have missed them.

In saying all that we have seen the true character of this squad. They have never backed down from any challenges we have set them, and we have built a real strong foundation going into next season. The 5-2 win over Bristol City Women was a prime example of that when we had three different players getting on the scoresheet. You look back at the Manchester City league game when for 90 minutes we held them to 1-1 before they scored the winner in stoppage time. There are so many positives that we can take from this season. We were a new group that has had to deal with many challenges, and I am absolutely so proud of them and what they have achieved. Next season is time for us to really kick on and climb that table and finish higher, and hopefully some silverware which is what we are aiming for.

We also have some very talented youngsters coming through from our development squad. Our Academy team won the inaugural league title with three games to spare which was a fantastic achievement. It’s important that the door is never shut on the youth section. I know a few other teams in the league wouldn’t risk playing young players and that’s fine, but for me it’s not about risking them. It’s exposing them to the next chapter in their football journey at a senior level. 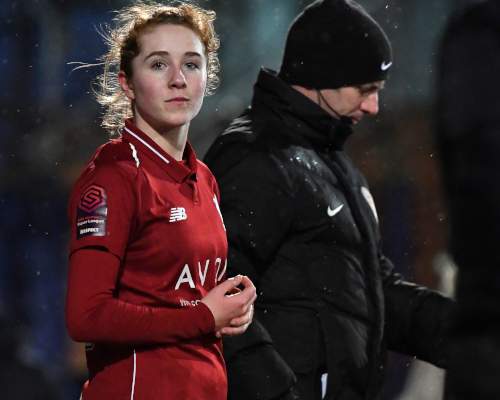 We have some fantastic players in our youth set-up and it was brilliant to have been able to give four of them their debut this season like Missy Bo Kearns, a die-hard Liverpool fan who has been with this club since the age of eight. I’m sure there will be more debuts to come next season too. Bo and the rest of the young players know that they have got so much more work to do to become the next Laura Coombs or Sophie Bradley-Auckland and become regulars in our first team. It’s just nice to be in this position to give them that opportunity if they deserve it.

Kick-off at Prenton Park on Saturday is at 12.30pm BST. Season ticket holders for Liverpool FC and Tranmere Rovers, as well as LFC Members, can gain free entrance to the fixture.

You can watch the game exclusively live on LFCTV GO and Facebook, with our coverage starting at 12.25pm.