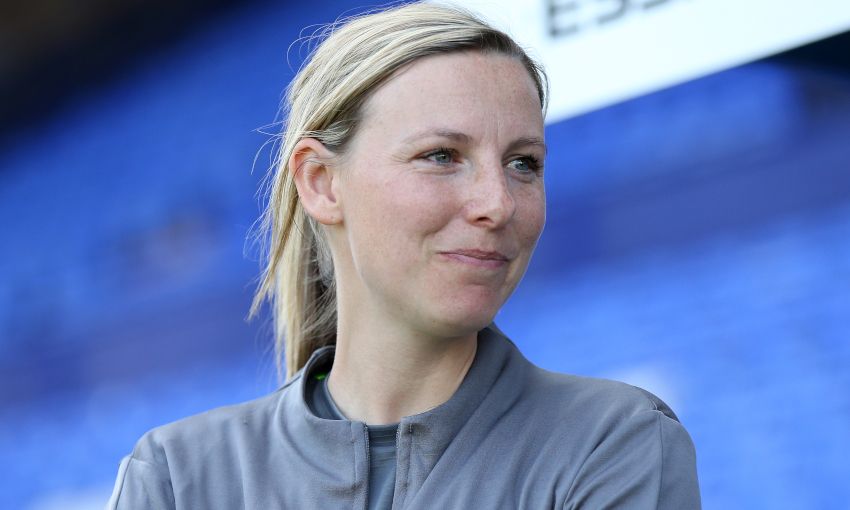 I was absolutely over the moon with the girls when we got back to winning ways last Sunday with the 5-2 win over Bristol City Women. We scored five good goals at home but if I’m being honest the two goals we conceded we gave to them with our mistakes. We went into the break 3-1 up thanks to two goals at the end of the half and that put us in a very good position to go on and take those three points from a very good Bristol side who have done well this season.

We also showed great character to keep going after we were so unfortunate to lose at Manchester City in the last game, when they scored a stoppage-time winner. We have made it very clear to the squad that we want to finish this season on a high. We have two games left now and we had to bounce back from what I would term as ‘mad March’ when we had some very tough games against some of the best teams in this league. We took a lot of positives from that game at City and I’m just so glad that the girls applied everything they possibly could into our last game to ensure Bristol went away from our ground empty handed. 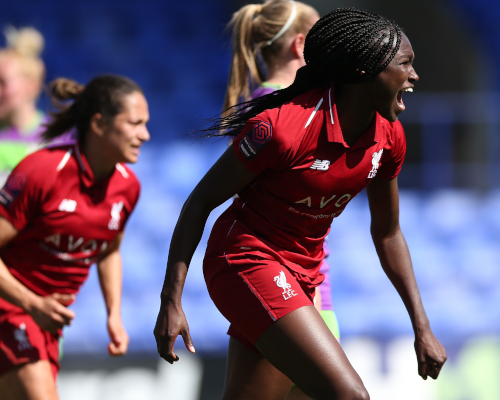 It was a great day for Rinsola Babajide, who scored a hat-trick. It’s about time we saw Rinsola show her true potential! I’m really pleased for ‘Rins’ because she shows that in training and I know she’s got the potential to do that more in the games, so I’m looking forward to see if she can bring that consistency into our final two games of the season. She got the signed football from the girls, I’m sure she enjoyed that moment, but now we’ve got to focus and get ready for Sunday.

Ashley Hodson is getting stronger game by game after such a long absence and she came off the bench to score a brilliant goal against Bristol. I think it’s fantastic to see someone come off the bench and affect a game like that. It was a great finish from Ash and well executed. She has scored two good goals for us since her return and hopefully there will be more goals to come from her because she is certainly capable of getting them.

It was a special moment for us when we got Niamh Charles back on the pitch and that was a big highlight of last Sunday for us. Niamh has been out a long time but what an impact she had. Bristol really struggled to deal with her when she had the ball and was running at them. That’s what she has got in her locker, she was a secret weapon coming off the bench on Sunday and I’m looking forward to Niamh getting more minutes before the season is over.

On Sunday we take on Birmingham City in the Women’s Super League at their first-team stadium St Andrew's (kick-off 2pm BST). It’s one we are really looking forward to and we can’t wait to play at a fantastic stadium. Again, we know it’s going to be a really tough battle but we remember the last time we played them when they beat us 2-0 at Prenton Park, and hopefully we can put things right on Sunday.

Finally, our backroom team is now fully in place and I would like to reserve special praise for each and every one of them. The big thing for me is we have got a great team behind the team. It’s taken a while to put the right people in place and give the girls all the support they need to go and perform every week. It was sad to see Chris Kirkland go but we have a lot of respect for him and fully respect his wishes because he has a lot of other things he needs to focus on. Chris remains a great friend of ours and we wish him all the best. Craig Dootson has come in as our new goalkeeping coach and has done a fantastic job. Both of our goalkeepers have really responded well to Craig stepping up. He has lots of experience and it’s great for us to have brought him in. We have Emma Humphries, a UEFA A Licence coach. Emma has got lots of experience having been a professional player for New Zealand but also she has worked in Canada. She has fitted in perfectly and the girls have responded really well to her. Obviously Alan Jordan, our sports scientist and physio Hina Chauhan have been with us from the start and I can’t thank them enough for everything they have done for me and continue to do so. We also have a new analyst in Jordan Kevan. Jordan did a fantastic job at Stoke City’s Academy. He has brought so much to our team and we have been able to get more information about our opponents, so it’s just great to have that support around me and for the girls as well.