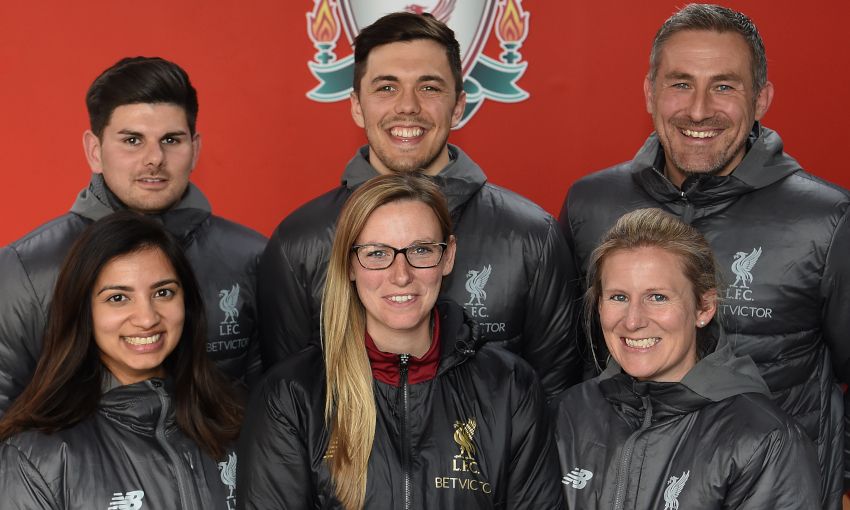 Liverpool FC Women return to action after the international break with a home Women's Super League game against Bristol City at Prenton Park on Sunday.

With three matches left in the season, Vicky Jepson’s side are looking to finish strongly with fixtures against Birmingham City and a finale against Everton Ladies to conclude the campaign.

“Now we go into our final three games of the season with the aim of picking up maximum points in each one,” said Jepson.

“That’s going to be tough because they’re not going to be easy games to get points from but we’re looking forward to coming up against Bristol City and hopefully starting some winning momentum leading up to the Everton game.”

Alongside Jepson on the bench will be a now fully-formed backroom team which has seen a number of new appointments over the last few months.

First-team coach Emma Humphries, a UEFA A Licence coach, joined LFC Women earlier this season and has been working closely with Jepson.

She has also worked in her native New Zealand as the women’s national development manager and represented her country as a player at the 2007 FIFA Women’s World Cup.

Craig Dootson has taken over from Chris Kirkland as goalkeeping coach.

A former professional goalkeeper in the Football League, he brings years of experience from his time with Bury, Preston North End, Hyde United and Altrincham.

After retiring as a player, he took up the position of goalkeeping coach at Salford City, where he spent three-and-a-half years before joining the Reds.

Analyst Jordan Kevan has previous experience working with Stoke City as lead academy analyst and has also had stints as a performance analyst with Barnsley FC, North West Crusaders and the Welsh Rugby League.

Kick-off at Prenton Park on Sunday is at 2pm and tickets are available here in advance or on the gate on the day.