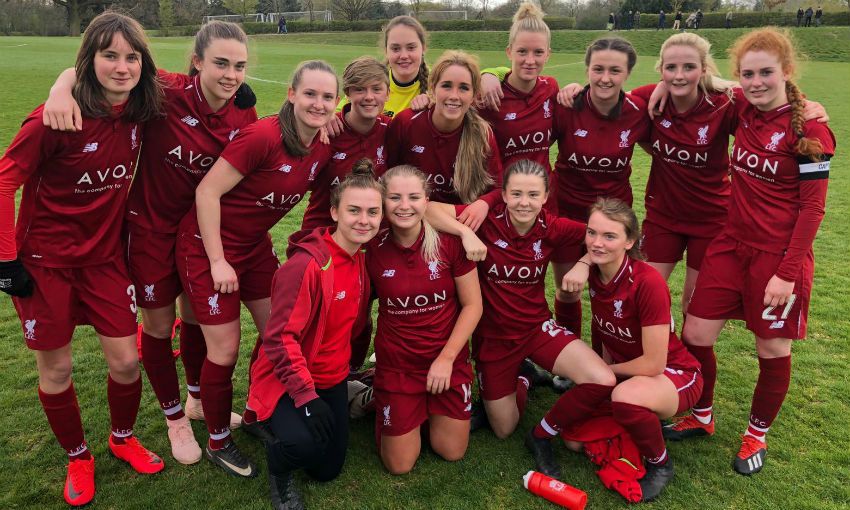 The future looks bright for Liverpool FC Women after their Academy team won the inaugural league title with three games to spare.

A 4-2 victory over Chelsea last weekend clinched the title, the first under the auspices of the new Academy League, and fourth in total following three victories in the Development League.

It marks another major achievement for the squad after recent first-team debuts for Missy Bo Kearns and Academy captain Annabel Blanchard.

The team will have the chance to make it a double triumph on Sunday when they compete in the FAWSL Plate final.

Blanchard said: “We are all delighted to win the league after such a hard season. It’s a fantastic achievement for all the players and staff after all the time and effort they have invested into the team.

“Throughout the season we have tried to play good attacking football and represent the club in a fitting manner. I think we have managed that and we now have a final to look forward to on Sunday.”

Head coach Martin Ho believes his squad has responded well to the challenges facing them all season.

He said: “It’s a fantastic moment for the players to win the league title with three games to go. I asked for personality in everything they do and that has happened in abundance.

“This group of players are a credit to the club and their families and it’s been a pleasure to work with them this season. We have had numerous challenges along the way and the players have responded positively each and every time.

“I am delighted for every one of them and I want them to enjoy this moment but remain focused as we still have three big league games to go and the Academy Plate Final on April 21 against a very good Bristol City Women side. The celebrations are on hold for now but I want this to bleed confidence for the remainder of the campaign.

“A final mention must go to all the staff at Liverpool FC who have provided the team with the on and off-pitch support they have needed to produce the performances week in and week out. I can’t thank you enough.”

Liverpool FC Women return to WSL action on Sunday at 2pm at Prenton Park against Bristol City Women with a 2pm kick-off. Tickets, priced just £5 and £2.50 concessions, are available here.