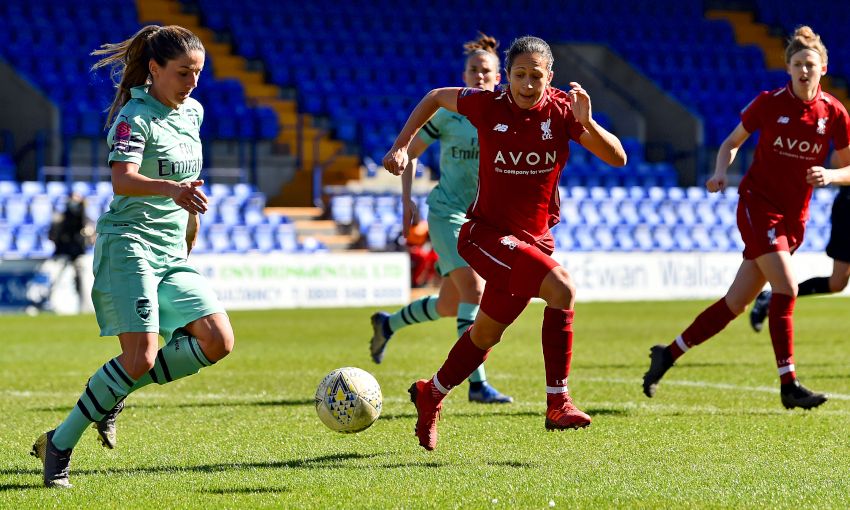 Liverpool FC Women were beaten 5-1 by Arsenal Women in a tough Women's Super League encounter at Prenton Park on Sunday.

Vicky Jepson’s side made a bright start against an opponent with intentions on the title this term but were undone by quickfire doubles in either half, rendering Courtney Sweetman-Kirk’s late penalty mere consolation before the away team added a fifth.

Kim Little, who had already missed an early chance after surging into the box to meet a pass, made no mistake on 20 minutes when she reached Katie McCabe’s low cross from the left first and nudged a finish beyond Anke Preuss.

Crucially, the visitors gave the Reds no time to recover from the concession, striking again within moments.

Another delivery from the left-hand side led to the goal, this one from Vivianne Miedema travelling all the way to the back post, where Beth Mead forced a close-range shot off Preuss and in.

The double allowed Arsenal to take a firm grip of the game and that control continued into the second half, when another rapid brace ensured three points were theirs. 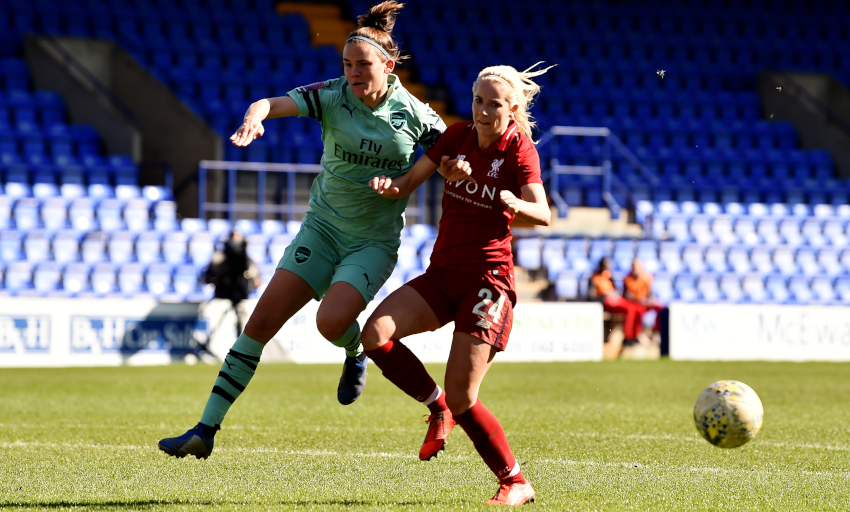 Mead bagged her second of the day with a touch of fortune, an attempted lofted cross from the right wing sailing unstoppably into the far corner for 3-0.

And the lead was further extended on 67 minutes; Dominique Bloodworth attacked another delivery at the near post and saw the ball bounce into the net via two deflections.

The home crowd were given something to cheer with a quarter of an hour remaining, though, as Yana Daniels won a penalty that Sweetman-Kirk emphatically dispatched into the top left corner.

Arsenal claimed their fifth shortly before full-time, however, with the prolific Miedema collecting a long ball and waiting for the right time to thread a strike through the recovering defenders and complete the scoring.

Reflecting on a frustrating outing, Jepson told Liverpoolfc.com: "It's not nice to be on the end of that scoreline to be honest but we knew it was going to be a mountain to climb.

"Arsenal have a very good squad and we were missing a lot of players due to injury.

"Niamh Fahey wasn't fit enough to start the game so we had to switch Amy Rodgers to centre-back. It's not her position but to be fair to Amy she did fantastic for us and I couldn't ask for more.

"We had to battle through the game and hopefully next week we will be back to full strength and ready to have a good go away at Manchester City."