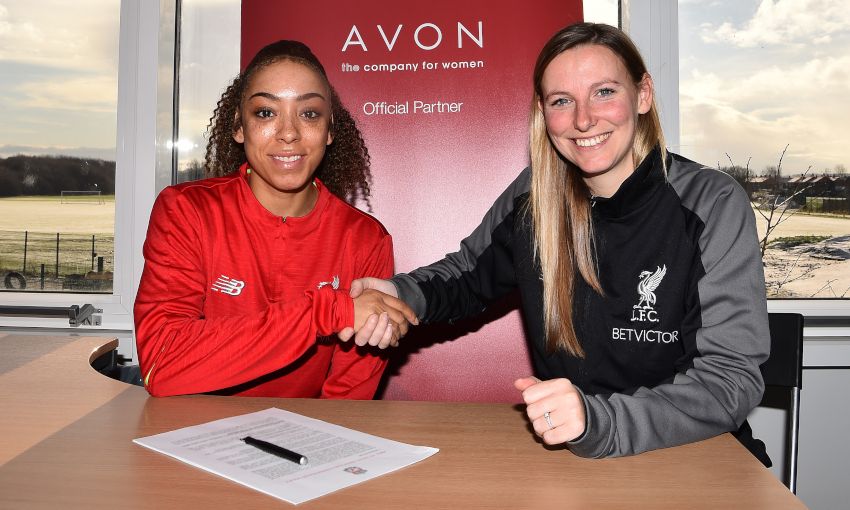 Liverpool FC Women forward Jess Clarke has committed her future to the club by agreeing terms on a contract extension.

The 29-year-old, who has made more than 100 appearances in the FA Women’s Super League, has been a key member of the Reds’ team since arriving from Notts County in April 2017.

Her 44 games have brought eight goals and she has revealed her delight at extending her stay with Vicky Jepson’s side.

“I’m over the moon to be signing an extended deal. It’s a fantastic club and we’re going in a great direction. I just can’t wait to carry on in a Liverpool shirt,” said Clarke.

“I’m really looking forward to the future and working alongside Vicky as well. She’s played a fantastic role and with this group of players I think we’ve got a bright future.

“I’ve not come across a group who have as strong a team ethos as we have here.”

LFC Women manager Jepson added: “I’m delighted that Jess is extending her stay here. She’s an integral part of our team and we want to keep our best players here.

“Jess has been fantastic this season. She’s been a great role model to others on the pitch with all her experience. For us, it was a no-brainer, and I’m just thrilled she’s going to continue her career with the club.”