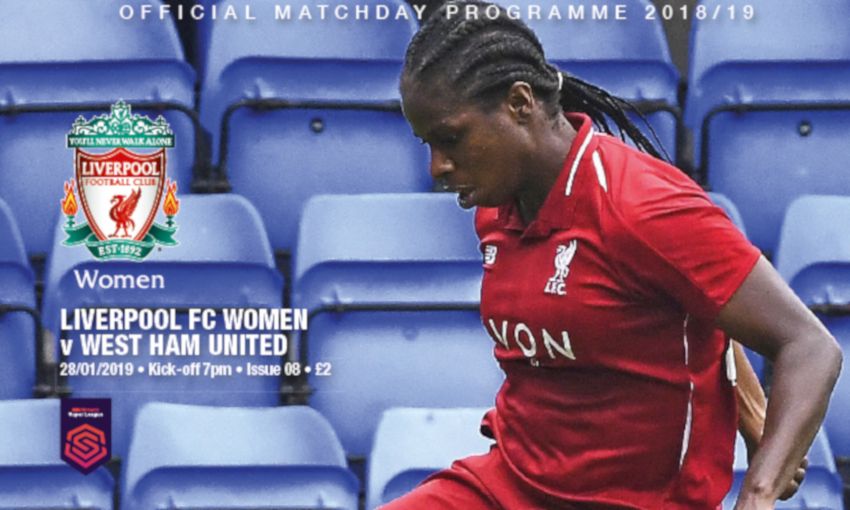 Liverpool FC Women host West Ham United in the Women's Super League at Prenton Park tonight - make sure you pick up an official programme if you're heading to the game.

Kick-off is at 7pm GMT and the official matchday programme will keep you informed and entertained with all the latest Reds news.

Inside, there is an exclusive interview with defender Satara Murray, who recently joined the Reds' elite FA WSL 50 club.

Manager Vicky Jepson offers her thoughts going into the game as her former coaching mentor Matt Beard prepares to return to lead a team at Liverpool for the first time since leaving the Reds in 2015.

Skipper Sophie Bradley-Auckland also shares her thoughts from inside the dressing room in her regular captain's column.

There is the lowdown on our visitors from the east end as well as all the latest match action, facts and statistics.

With all this and much more, make sure you pick up your copy of the official matchday programme, which will be on sale inside the ground, priced at £2.