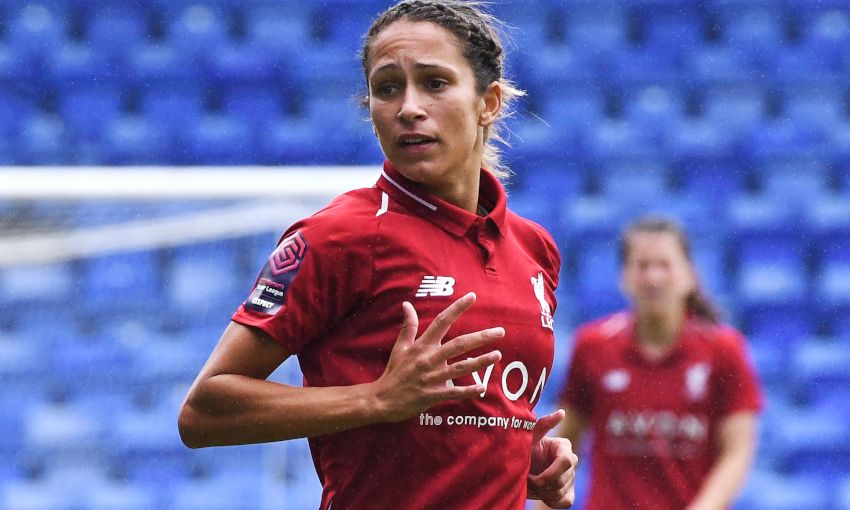 Courtney Sweetman-Kirk netted the only goal as Liverpool FC Women clinched another valuable three points after a 1-0 win at West Ham United Women on Sunday.

The striker celebrated her return to the starting XI as the Reds fought hard to clinch back-to-back wins in the Women's Super League.

With the man who led the Reds to successive Super League titles Matt Beard in the opposite dugout for the Hammers, the away side made a fine start to the game by taking the lead on eight minutes.

A cross from Jess Clarke was half cleared and Sweetman-Kirk pounced to net from close range.

A second goal came close minutes later when Rhiannon Roberts fired an effort just wide, and Clarke was unfortunate to see her shot hit the side netting.

The Hammers made a strong start to the second half and two minutes after the break came close to levelling, but for a superb save from Reds stopper Fran Kitching to deny Leanne Kieran.

Kitching then made another vital stop to deny Gilly Flaherty in the 78th minute who saw her header beaten away.

Substitute Rinsola Babajide then went close to making it 2-0 with a fine efforts from 25-yards out that was superbly saved.

Liverpool FC Women fought hard to claim the three points and caretaker boss Chris Kirkland and coach Vicky Jepson will have been delighted with the application of their side.