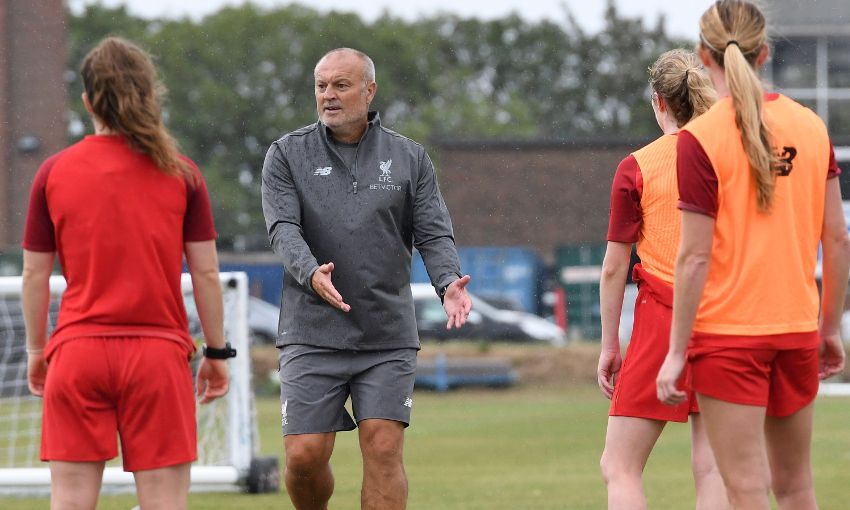 It was a disappointing afternoon for Liverpool FC Women, who suffered a 5-0 defeat by Arsenal FC Women in the opening game of the 2018-19 Women's Super League on Sunday.

After a summer of change for the club, boss Neil Redfearn had seven players making their league debut during the encounter at Meadow Park.

The Gunners netted four times in the opening half as their quality and speed in attack caused so many problems for the Reds defence.

The home side made a strong start and took the lead after just five minutes, when a cross from the left flank teed up Netherlands international Vivianne Miedema to score from close range.

On 14 minutes, Miedema turned provider for Lisa Evans, who still managed to find the net despite losing her balance.

The Reds went close to pulling a goal back soon after.

Good build-up down the right flank saw the ball fall invitingly on the edge of the box to Laura Coombs, whose effort was blocked, and Christie Murray's follow-up was denied by a superb goal-saving block.

Murray then went even closer, but an attempt that looked destined for the top corner was somehow kept out by Arsenal's new goalkeeper, Pauline Peyraud-Magnin.

Next, after a run down the right, Sophie Bradley-Auckland sent in a cross which narrowly missed the well-placed Niamh Charles.

Despite the good response from Redfearn's charges, though, it was Arsenal who struck again. Miedema was involved once more as she set up Kim Little to finish beyond the reach of Anke Preuss.

And before the interval, Miedema pounced to net her second and Arsenal's fourth after a swift counter-attack.

Redfearn made a tactical change during the half-time break, switching to a 3-5-2 formation as the exciting Rinsola Babajide was introduced and she certainly gave the Reds better width in the final third.

Just past the hour mark, Miedema had the chance to complete a hat-trick but was denied by a last-ditch interception from Bradley-Auckland.

However, in the final minute the home side were awarded a free-kick inside the penalty area after Preuss picked up a back pass and Miedema stepped up to emphatically seal her treble with an unstoppable strike.